Happy, sad, or depressed! A good comedy show is sure to lighten up a person’s mood and Danish Sait knows it the best! The ace comedian is back as Nograj to brighten up your screens with Voot Select’s latest web series ‘Humble Politiciann Nograj’. After a great response for the teaser, Voot Select has dropped the trailer on Thursday for everyone to witness.

The trailer sees Danish Sait reprise his role as Nograj, alongside cast members Prakash Belawadi, Geetanjali Kulkarni, Tiku Talsania, Disha Madan, Varun Thakur, Shalini Narayan and Vijay Chendoor. It gives a sneak peek into the twists and turns expected as the corrupt and chauvinistic Nograj sets out on a thrilling journey from being an MLA to vying for most prestigious post in Karnataka – that of the Chief Minister.

Speaking to media, Director Saad Khan said, “I love observing people, their mannerisms and quirks – obviously in a tactful manner. Real life experiences always help in crafting a character or a story. So while writing our show, the world and the other zany characters around Nograj, I was able to draw from my own observational experiences and add comical traits of all the fascinating people I have met into our narrative.”

He added, The way Danish embodies Nograj and seeing him perform gave me a canvas to work with and that really helped envision everything else. As a director, comedy is not an easy genre to tackle, but Danish and I have worked together for over 8 years now, and we laugh at the same things, almost always. When we work on a scene – instantly, we both know whether it works or not. For me – Danish is synonymous with Humour, and nobody can ace Nograj better than him!”

The lead actor, Danish Sait said, “The character, Nograj has a hysterically funny personality with optimistic ambitions. To get into his shoes, demanded a lot of preparation. I had to think and feel like a “scamster”, and to keep the infectious energy consistent. There are some characters that influence your personality and Nograj did that for me in a good way. Though, at times, I do wonder, what will happen to the nation if we actually have people like him (laughs).”

In the series, Nograj – along with his ally Manjunath – will be caught between resort politics, horse trading, power play, seniors at the Centre and the Russian mafia, to chase his hunger for power and position. Will the daddy of all scams make it? Well, to know that, stay tuned because ‘Humble Politiciann Nograj’ is ‘caming’ soon as the dialogue in the teaser mentions.

The project is helmed by Saad Khan, the series stars Danish Sait, Varun Thakur, Prakash Belawadi, Vijay Chendoor and Disha Madan and releases on 6 January, 2022. Produced by Applause Entertainment in association with First action Studios and Danish Sait, Humble Politician Nograj, the 10 episodic series is all set to release on Voot Select. 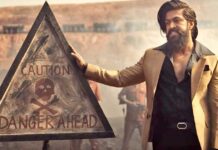 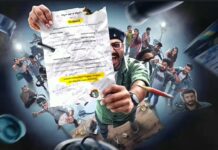