Speaking on the occasion, Dr. CN Ashwath Narayan, Minister for Higher Education, who conferred the award, said, that the university has honoured itself by awarding doctorate to talented actor Ananth nag.

Terming, Ananthnag and his younger brother late Shankarnag as proud sons of Mother Bhuvaneswari, he said, that both of them played a crucial rule in bringing about a political change in the state through former Chief Minister late Ramakrishna Hegde.

Ananth Nag known for his studiosness and thoughtfulness has left an indelible mark in public life also, Minister opined.

Ananthnag who spoke on receiving the award, said, Dr CN Ashwath Narayan is relentlessly strive for the development of Malleswaram constituency.

Actor Ananth Nag has acted in several Indian languages, he has acted in over 300 films which includes 200 films in Kannada, as well as Hindi, Tamil, Telugu, Marathi, Malayalam and English languages. He has been part of dramas, theatre play, tele-serials and shows. 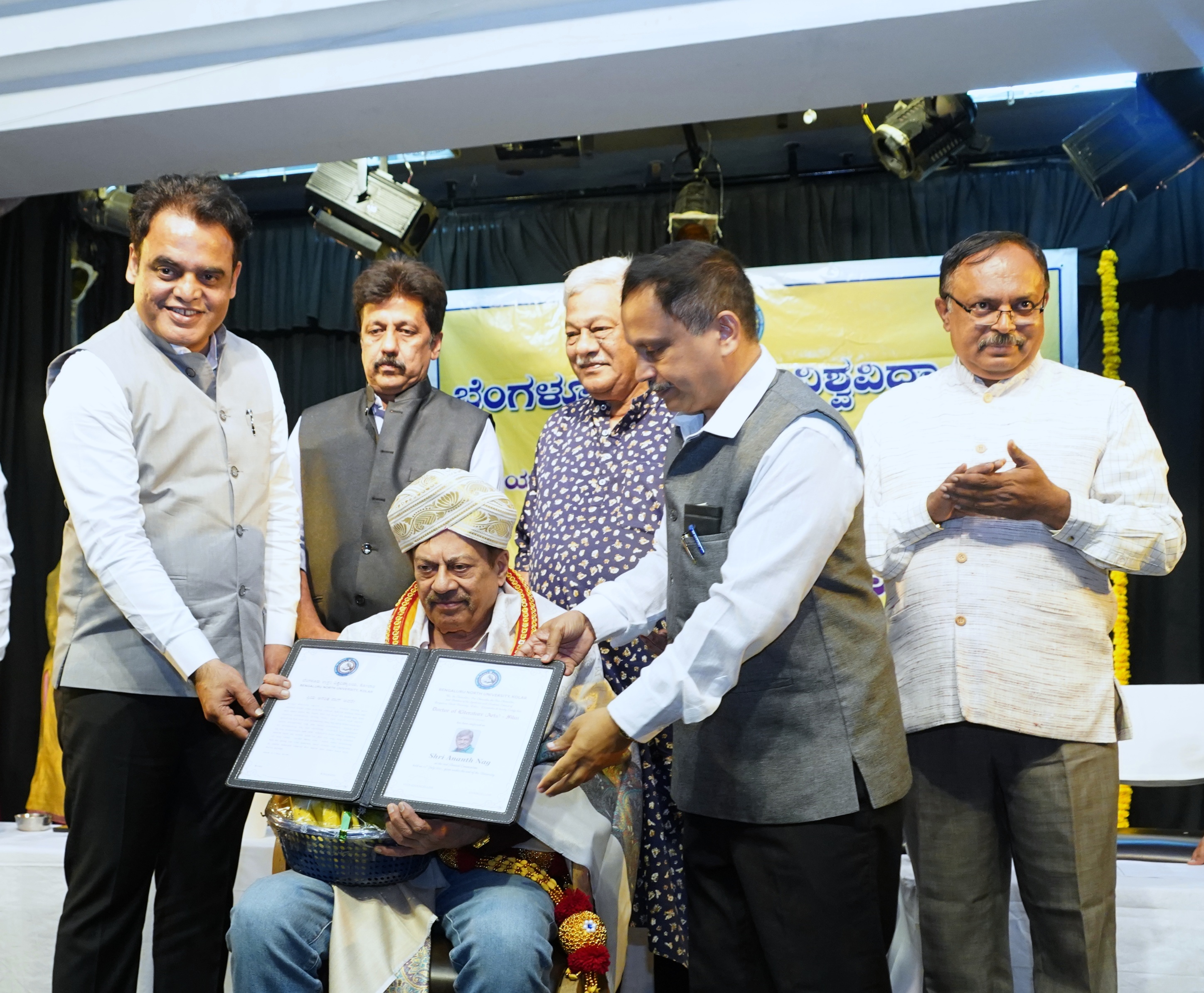