An FIR has been lodged against fans for assaulting a police constable who was assigned to duty during the birthday of Challenging Star Darshan. On his birthday, fans have thrown stones that hit a policeman’s eye and nose.

After this incident, the Bengaluru police have registered an FIR against fans who assaulted the police constable who was assigned to duty during the eve of Challenging Star Darshan birthday.

On his birthday fans from every part of karnataka had gathered to wish Darshan with gifts. The celebrations was held at Darshan’s residence at Ideal Home Layout in RR Nagar on the night of the 15 th February. Fans has gathered in midnight to wish their star on his birthday.

Thousands of fans have gathered, police were deployed to guard against any unpleasant incidents. But the police who were present to control the crowd and ensure there is no untoward incident. One of the police constable Devraj on duty was hit by stones and injured in the eyes. He was immediately rushed to hospital and is now under treatment.

Devaraj is working as a police constable at the Jnanabharathi police station. An FIR has been filed against Darshan fans as they have hurt a policeman on duty. This is not the first time, as the actor Darshan has informed his fans not to trouble his neighbours during their visit to wish him. However, the fans are uncontrollable to meet and greet their favourite star.

While the policemen Devaraj has lodged a complaint at Rajarajeshwar Nagar police station. Devaraj is getting treatment at the hospital due to an eye injury. It was reported that the neighbors were disturbed by the midnight birthday celebrations at Darshan’s house.

Over 7-8 thousand fans came to Darshan to greet Darshan at night. Allegations have been made that fans have climbed the compound wall of neighboring streets to find and greet their beloved actor.

Also there were whistles and cheering of the stars name by the fans near the neighboring houses that disturbed the entire neighbourhood. The streets saw a pile of slippers of fans in front of the house that had caused from the fans outrage. Also, flower pots were smashed on the neighboring house compound.

Yash birthday was celebrated in a ground, Darshan birthday celebrated near his house was the problem

Nobody can stop a fan from meeting and greeting their favourite actor. However, when the crowd is expected to be in thousands it is better they accomodate a place where the neighbourhood is not disturbed. Recently, actor Rocking Star Yash birthday was celebrated among huge fan fare. But the event was held in Nandi Grounds, which accomodated many fans without any hassle or trouble to any public.

Henceforth, there should not be a single incident that damages or hurts any property or person. No actor or star would like to see these untoward incident happen or a complaint against fans. Let all these celebrations take place in a play ground that accomodates thousands of people. 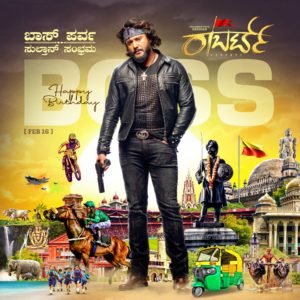