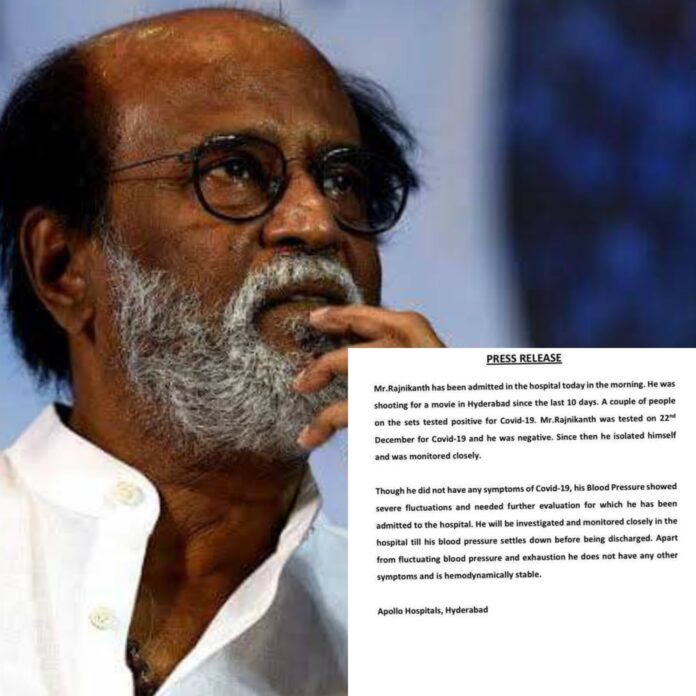 Superstar Rajinikanth admitted to hospital this morning after showing severe fluctuation in blood pressure on Friday.

The 70-year old actor Rajinikanth will be investigated and monitored closely till his blood pressure settles down before being discharged. Actor Rajinikanth does not have any other symptoms and is hemodynamically stable informs, Apollo Hospital, Hyderabad

In a press release, Apollo hospital stated, Rajnikanth has been admitted in the hospital today in the morning. He was shooting for a movie in Hyderabad since the last 10 days. A couple of people on the sets tested positive for Covid-19.

Though he did not have any symptoms of Covid-19, his Blood Pressure showed severe fluctuations and needed further evaluation for which he has been admitted to the hospital. He will be investigated and monitored closely in the hospital till his blood pressure settles down before being discharged.

Apart from fluctuating blood pressure and exhaustion he does not have any other symptoms and is hemodynamically stable. 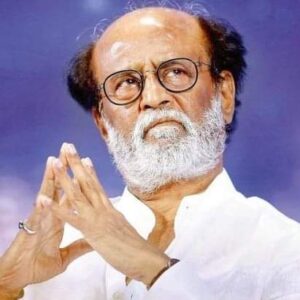 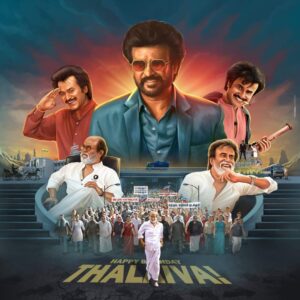