Henceforth, the filmmakers have to spend more if they are planning to shoot for their movie using any animal. The AWBI(Animal Welfare Board of India) which issues No Objection Certificate (NOC) for using animal in movies was Rs 500 earlier and the same has been increased to Rs 30,000.

A filmmaker using an animal has to get pre-shoot permission from Animal Welfare Board of India (AWBI). According to the Performing Animals (Registration) Rules, 2001, people using animals for performance should register with AWBI.

There are laws that govern the use of animals in the visual media—ads and feature films or TV programmes to ensure that the animals are not ill-treated.

The total cost of travel, which was previously within few thousands, will now cross more than a lakh.

The Animal Board office in Chennai was shifted to North India, where applications, rules and procedures are difficult to understand even by the filmmakers.

Now the rate card is increased, the charges for 1 movie comes upto Rs 70,000, animals are used in about 800 movies per year and more than a thousand advertisements are made using animals. The total amount will add upto Rs 10 crores. It is not a problem for the big cinema makers. But this will make difficult for newcomers who make movies with lesser budget.

The rates should have been increased from time to time. Rather increasing charges once for all.

The revised fee order issued by AWBI stated, “Animal Welfare Board of India (AWBI) is a statutory Body of Govt. of India established in 1962 under Section 4 of the Prevention of Cruelty to Animals Act 1960.”

The Board consists of 28 Members including six Members of Parliament. At Present AWBI is working under the aegis of Ministry of Fisheries, Animal Husbandry and Dairying, Govt. of India.

This statutory body has been constituted by the Government of India for the promotion of animal welfare in general and for the purpose of protecting animals from being subjected to unnecessary pain and suffering, in particular.

The Board at its 50th Annual General Meeting held virtually on 3 September 2020 discussed and approved re-fixation of fees for processing of application of Recognition, Financial Assistance under Regular Grant, HAWO and seeking permission for Pre-shoot / Post-shoot under Performing Animals (Registration) Rules, 2001. The matter was referred to Ministry on 24 September for approval.

The Ministry dated 12 November has agreed for increase in the amount of application fees for Recognition, Financial Assistance under various schemes implemented by the Board and applications under Performing Animals (Registration) Rules, 2001. 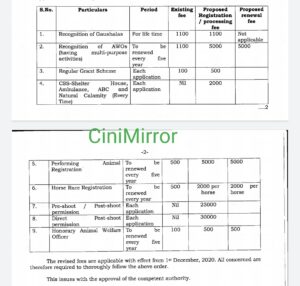 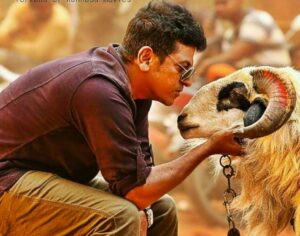 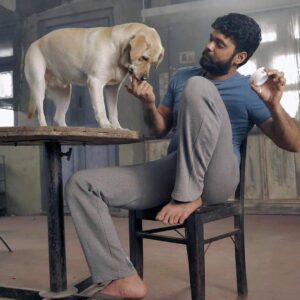 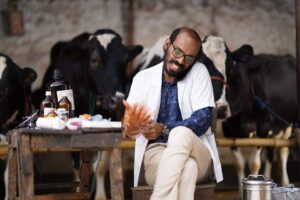