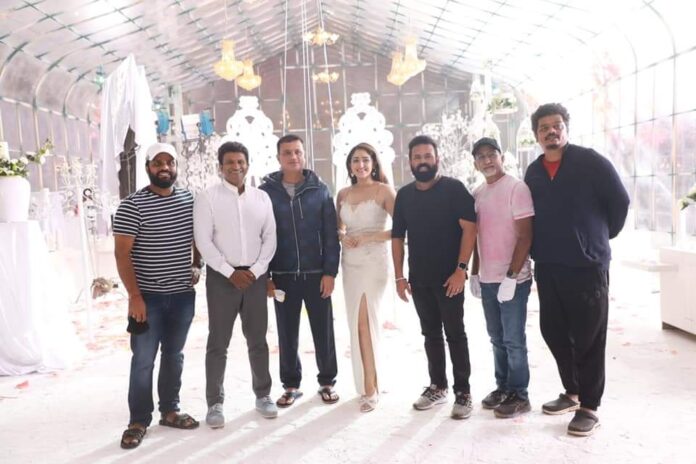 Powerstar Puneeth Rajkumar‘s most expected film Yuvarathnaa shooting has finally seen a pack up. The film shooting of ‘Yuvarathnaa’, which had been stopped at the last stage from the lockdown, is now fully completed and ready to give fans a good news.

While the Yuvarathnaa team had a song shoot left, on Monday Actor Puneeth Rajkumar and heroine Sayesha Saigal were part of the final day shooting of the schedule.

In a social media post, Director Santhosh Anandraam said, “Yuvarathnaa’s shooting ended yesterday. For the successful completion of the movie, by supporting me from Puneet Sir, Vijay Sir, Venkat Sir, Shiva sir, to my direction team and to the Hombale family I would like to thank from my heart. My team is my strength.”

Actress Sayeesha tweets, And it’s a wrap Yuvarathnaa, An experience I will truly treasure forever. Thank you hombale films, Santhosh Anandram and Puneeth Rajkumar for being the best.

As the talkie portion, shooting of pending songs is all completed. Now only the post production work is pending and ready to hit the screen once everything is normal with pandemic.

Several movies are all set to hit the theaters from October 15. However, there wont be any new movies currently being released. Only previous hit films before lockdown, will now be re-released like Dia, Love Mocktail, Gentleman and Shivarjuna. 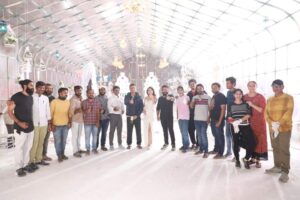