Actor Sharan was admitted to hospital on Saturday, after suffering severe abdominal pain during the shooting of his movie Avatara Purusha. Everyone were worried about Sharan’s health, as all of a sudden the pain started on the shooting set.

The politician and actress Shruthi, younger sister of actor Sharan inquired about her brother’s health after visiting Mallige hospital. Later Sruthi said, That much has happenned, my brother is safe. He had stomach pains for two days. But because of the shooting, he had never told. The pain during the shooting today was more. The doctors are treating him.”

On the backdrop of abdominal pain D
doctors have scanned, there was a Kidney Stone, Shruthi said. The actress has responded by saying that Sharan will be in the hospital today, and discharged tomorrow or if there is required any further treatment. he will be in hospital.

On the background of Sharan’s illness may be a problem for the film crew. Director Suni and producer Pushkar have said that Sharan’s health should be treated first. I thank them, ‘Shruti said.

The Avatar Purusha shooting was held at the HMT ground in Bangalore. Sharan has had stomach pains. He was hospitalized to Mallige hospital due to severe pain. While Suni is directing the Avatara Purusha cinema. Ashika Ranganath is the heroine and Pushkar Mallikarjuniah is producing the movie. 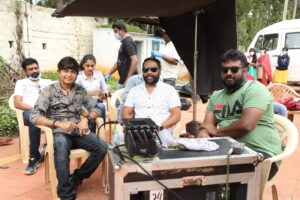 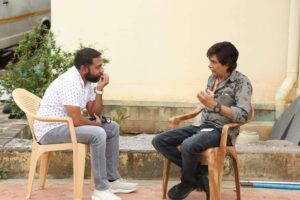 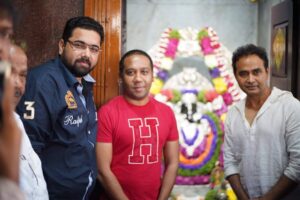