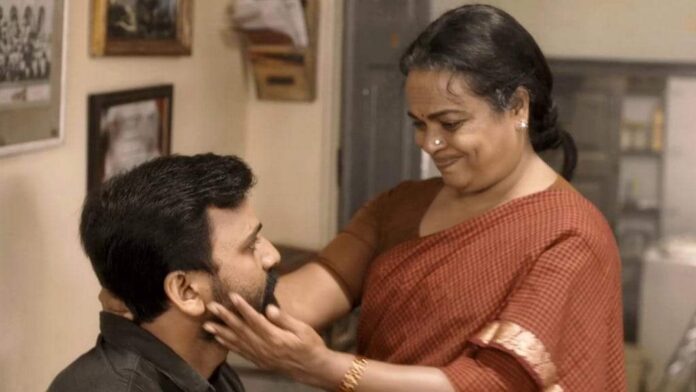 It is not uncommon for travel movies to lose focus on the journey of their characters and end up being mere showcases of the locations they travel to. In exploring the world of Rathnakara (Dhananjaya as the protagonist) Rohit Padaki not only takes you on a visual journey but opens up the worlds of every other character, creating an emotional universe with its own life.

I could not help remembering his debut, Dayavittu Gamanisi, an anthology of four stories which had no connection to one other. In a different universe, Rathnan Prapancha could well have been four different stories. But in Rathna’s world, everything is connected and every character important.

Our hero sets out to find his birth mother after accidently stumbling upon the truth. What ensues is an emotional roller-coaster journey that takes him across the country. Each of the character he encounters have their own worlds to tend to. They have lost their connections to the times and situations they have left behind.

Rathnakara’s arrival only ends up setting their own secluded lives in turmoil. Rathnakara learns to cope with it, adding to his own personality but continues on with his journey. An unexpected climax gives a tearjerker end to this journey.

What makes this journey thoroughly enjoyable is the amount of detailed attention given to the personalities of every character. The need for a quicker pace is felt in a few scenes and the emotional appeal is not really convincing in a couple of others. But these momentary lapses are adequately compensated with energetic and amazing performances which lets you can enjoy every moment.

Every actor fits the role to perfection. In a film brimming with talented actors, it is Pramod who still manages to make a bigger mark. If talent were enough, he should be a star. Apart from Dhananjaya in the lead, all other actors in the flim will be competing for the award for best supporting actor/actress.

Rathnan Prapancha is guilty of being overtly sentimental, but that is how the premise is set at the very beginning. You expect it and then get it in large doses. But you won’t regret taking this journey into Rathnakara’s life. It is more than worthwhile.