Last week there were 5 kannada cinema ‘s that got released, out of which many were critically hit movie. There were good cinemas like Dia, Gentlemen and Mocktail which were supported by kannada industry stars.

As many good kannada movies that gained positive reviews from critics and audience last week has got less shows this week. Reason there are many other language movies releasing or released and taking over kannada cinema screens. Not just that even word of mouth and good marketing has not reached larger audience for ladt weeks good cinemas.

However, to add more problem to own good kannada movies there are 13 cinemas releasing in kannada alone this Friday.

There are lack of theatres for kannada cinemas and the good ones are not sustaining because with not more than 40 screens including multiplex and single screens provided to the movie. It has been a difficult situation and crisis if good movies are not encouraged by audience.

Only big stars has a good number of footfall in the first week. New comers are shown exit doors even though the movie is critically acclaimed.

Almost all big stars of kannada cinema industry like Sudeep, Darshan, Yash, Srii Murali, Rakshit Shetty, Prashanth Neel and lot more stars backed movies like Dia, Gentlemen and Love Mocktail. But the movie has reduced screens in the second week of its release.

Somehow the producers have to he saved, so that they can make more movies. Only if a producer sustains the newcomers like artists and directors get more opportunities for their future projects.

Industry should unite to discuss on the above crisis for betterment of kannada movies and irs survival. 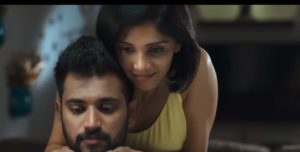