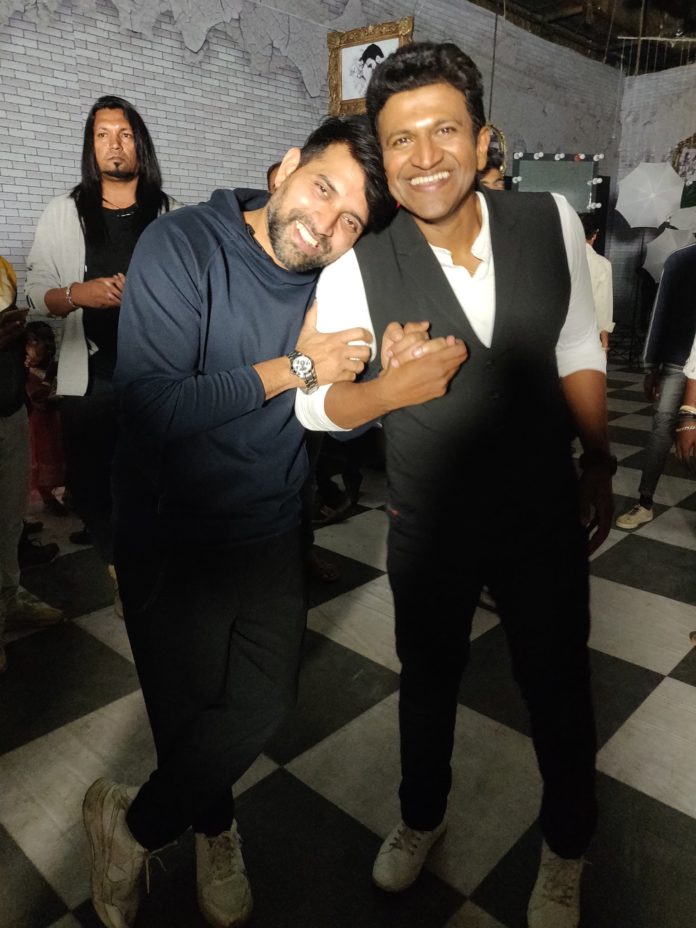 Powerstar Puneeth Rajkumar starrer movie Yuvarathnaa is the long awaited film. It will also be the kannada debut for Saayesha as a heroine in this upcoming movie directed by Santosh Ananddram.

Each update about the movie is like a treat to many powerstar fans. Recently a song was shot and the dance master himself shared the images from the set. The images are now streaming on social networking sites.

The song is being shot and Johnny Master is choreographing it. Johnny Master with heroine Sayesha on the set photos are shared by the master.

Director Santosh Anand Ram and Johnny Master on the set of the song ‘Yuvarathnaa’. 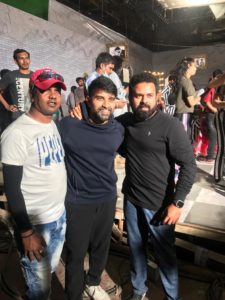 Jhonny master before starting the song shoit tweeted, “So happy to work with Kannada Powerstar Puneeth Rajkumar Sir again for Yuvarathnaa. Shooting began and we finished rehearsals for “Oorigobba Raaja” song fabulously. Thank you all for it. Hope you will all love it again.” 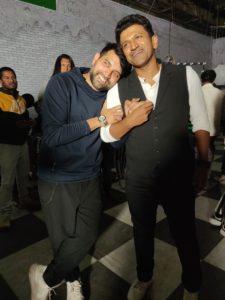 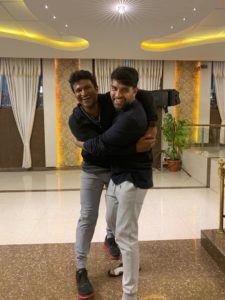 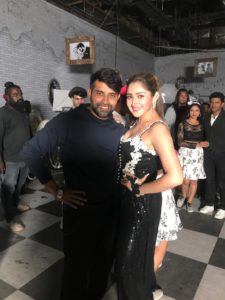