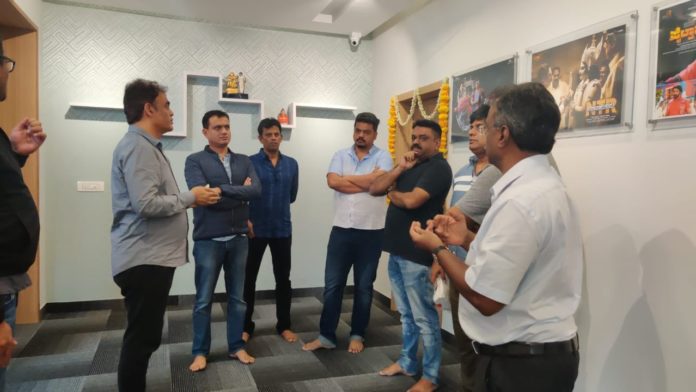 KRG Studios gets its new office on the occasion of Varamahalakshmi festive, the office was inaugrated by director Santhosh Aanandraam.

One of the prestigious banner in Sandalwood industry giving back to back hit movies. It all started with power star Puneeth Rajakumar’s ‘Ninnindale’ film under the banner ‘Hombale Films’ of Vijay Kiragandur.

Later came up with some box office super hit films. After the blockbuster hit ‘Raajakumara’ movie for Hombale Films, it was KGF that got worlwide recognition. Recently the new distribution office of KRG Studios was also set up.

And now the new office of ‘Hombale Films’ at Shivanand Circle was inaugurated by director Santosh Anandraam in the presence of Vijay Kiragandur, Karthik Gowda, Pailwaan movie director Krishna A, 6-5=2, Karvva and yet to release Dia producer, Krishna Chaitanya, Yogi G Raj, cameraman Srisha Kuduvalli and a few others. “The producer of recent hit KGF tells about the projects ahead. Very interesting films will be coming in the flagship of KRG Studios,” says Vijay Kiragandur.

Recently, KRG studios has announced about their Karnataka distribution rights for Kiccha Sudeep’s Pailwaan and many other yet to release movies from them. 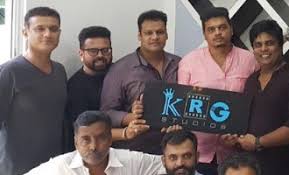 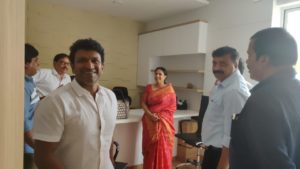