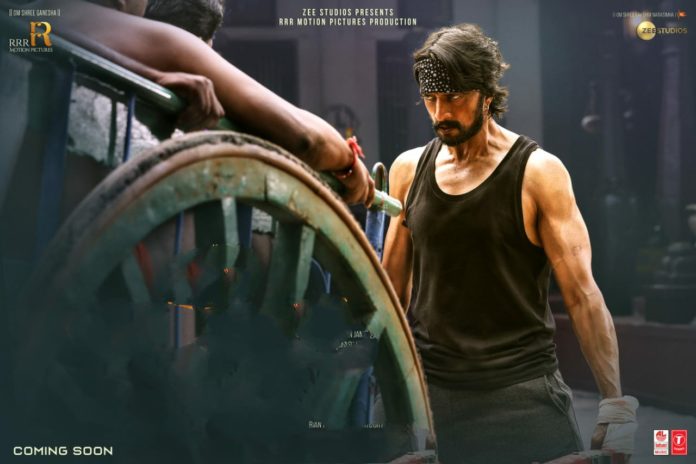 Kiccha Sudeep ‘s prestigious project Pailwaan movie theme song will be out today at 6.03pm, which will be the first song released of the movie.

The team has also planned to release the songs one by one in coming days. Finally the wait is over, the audio launch function to be held in Chitradurga district on July 27th witnessing many stars from the movie.

Earlier, there were news of Kiccha Sudeep getting into politics and contesting from Chitradurga. As majority of the population belongs from his community in Chitradurga. Also he has a  huge fan following across karnataka, it is said to be a center place for fans to gather is what the team had stated to a daily media.

However, the fans are excited for the movies audio release and are eagerly waiting to watch their star on big screen after a long time.

On Thursday, the movies title song named ‘Banda Nodo Pailwaan’ to be released at 6.30 pm which will be a hit with fans. 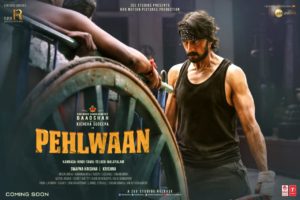 Recently, the movie team had also announced of Zee Studios has joined hands for its hindi language release. Kiccha Sudeep had tweeted , “Its a great feeling to have a huge family, and it is a greater feel, when family gets bigger.
The prestigious Zee Studios now joins hands for the theatrical release of ‘Pehlwaan’ across India, Nepal & Bhutan. A warm welcome and a big hug, Congrats Krishna you deserve it all.”

The Karnataka distribution rights has been bought by KRG Studios. Pailwaan is an action thriller in which Sudeep plays the role of a wrestler and boxer.

S Krishna’s wife Swapna is turning producer with Pailwan. The movie might hit the screen by August end this year, as the release dates are not officially confirmed.