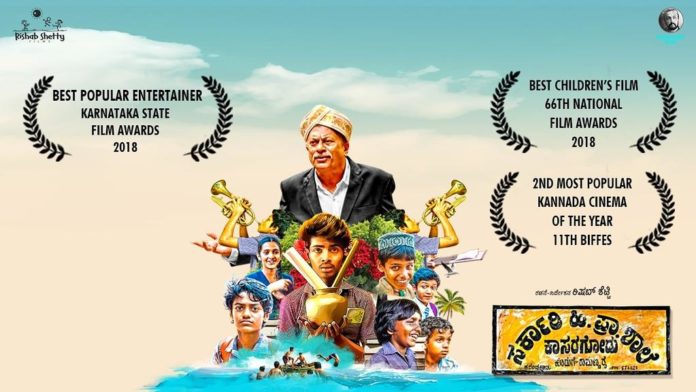 Director Rishabh Shetty has taken a photo of it and shared it on his Twitter account. Good Kannada films have never been lost as long as there are such lovers. The audience appreciation is the real award for the film. Thanks to Bharat Ramaswamy. We accept this love of yours twice as much, mentions Rishabh.

This movie was released in 2018 and was a super hit. Rishab Shetty’s one of the fan from Mysore who saw the film, wrote to Shetty and apologized for watching it on website and has sent Rs 200 money.

In a fan’s letter, Rishab Shetty said my name is Bharat Ramaswamy, I am from Mysore. A book publisher by profession. On January 12, I saw SHPS, Kasargodu Telecom, directed by you, on a website.

This picture was beyond my imagination. I am a cine fan. Praise that your narrative style and screenplay are superb. The role played by Anant Nag is was very touching.

“The consciousness that has been so much in cinema with such constructive ideas lately and hardly seen in the cinema is haunting me. So, I will send you 200 rupees (ticket price) with this letter as a token of appreciation, ”he said.

Director Rishabh Shetty has taken a photo and shared it on his Twitter account. Good Kannada films have never been lost as long as there are such lovers. The audience is a real win for the film. Thanks to Bharat Ramaswamy. We accept this love of yours twice as much. (We will also amend the film collection). 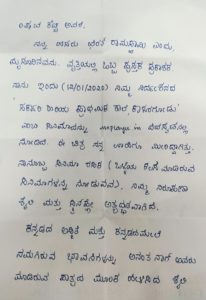 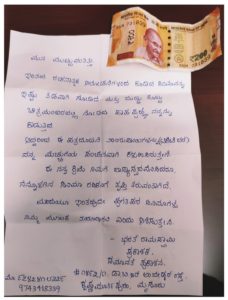 SHPS, Kasaragodu cinema 2018 was released on August 24th. This movie is about the Kannada language and Kannada medium schools. The film also won the National Award for Best Children’s Film.