Mundina Nildana is making noise for all the right reasons with Masala Coffee Band. While the character introduction teaser on YouTube has more than a lakh views, now the team has released its first single video song called ‘Manase Maya’.

This beautiful song is composed by Masala Coffee band which is hugely popular across the country. Sung by State Award winning singer Sooraj Santhosh and Varun Sunil, the song is penned by talented lyricist Kiran Kaverappa. Choreographed by Vishwa Kiran Nambi, who had earlier choreographed Manase Moggulu in Mahanati, the song blends contemporary moves and classical music. 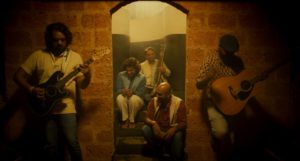 Gorgeous Ananya Kashyap is introduced through the song and seen effortlessly dancing to the tunes. The song features Masala Coffee Band along with Actors Praveen Tej and Ajay Raj.

There is also Arshad Khan (Raazi movie fame), who is seen playing Esraj instrument. He is one of the few people in India who plays the rare instrument. Directed by Vinay Bharadwaj, Mundina Nildana’s Cinematography is done by Abhimanyu Sadanandan and graded by Siddhartha Gandhi from Red Chillies Color.

The song is very fresh and has a different style of narrative. Unlike usual, In this song the band is featured along with the actress performing. By blending the music album style with movie narrative, it creates a lot of curiosity amongst the viewers. 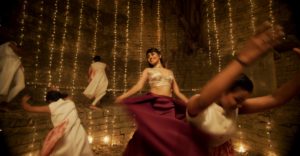 The song was shot in a huge empty well. It was extremely tough to get in and get out of the well. The visuals look cinematic and the USP is it’s contemporary approach. The band came down from different parts of India to film the video in Bangalore.

The movie, which is produced by Coastal Breeze Productions, is slated to release in October. The full official song is available on PRK Audio Youtube channel. 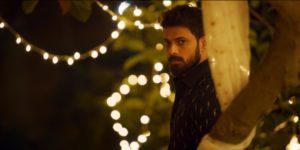