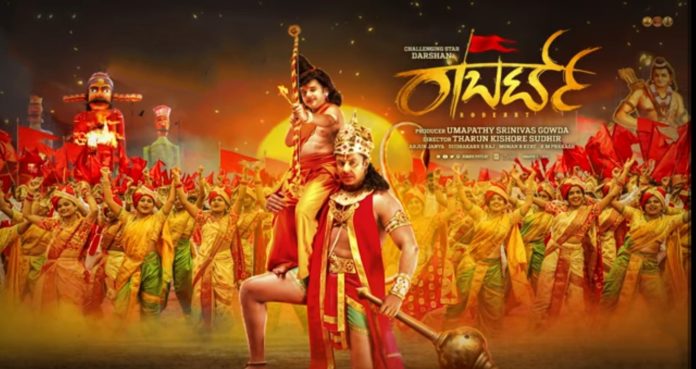 Release of Roberrt Teaser is a day of excitement for several of DBoss followers. Fans have been waiting all year to celebrate Darshan’s birthday with a festive spirit. Even Darshan Thoogudeepa does not disappoint his fans. This time, he will give fans a grand gift.

Fans are preparing grandly for Darshan’s birthday. Fans would always come out with unique and different gift to make their favourite star even more happy. Darshan is also gearing up for the surprise gift that he is giving to his fans.

Yes, February 16 is a day of excitement for a many of DBoss fans. Fans have been waiting all year to celebrate Darshan’s birthday with a frenzy.

Darshan’s long-awaited film ‘Roberrt’. Directed by Tarun Sudhir, the shooting of this film is already over and post production work is underway. As of now, the release date for the teaser of the movie has been set.

Darshan is currently on a trip to Kerala to shoot Rajaveera Madakari Nayaka and will be returning to Bangalore before his birthday. Asha Bhatt plays the heroine in the movie ‘Roberrt’. Arjun Janya has composed the music for this film.

Sandalwood’s long-awaited film Rajaveera Madakari Nayaka is finally set to shoot with hero Darshan. It’s got a kickstart to shoot this movie in Kerala. Rockline Venkatesh’s movie Veera Madakarinayaka shooting is held in Kochi, Kerala. Darshan flew to Kochi for shoot, He took a selfie with a fan at the airport.The selfie began circulated in social media immediately..

The film will be produced in other languages ​​of South India including Kannada, as cinema producer Rockline Venkatesh has said earlier. Filming has just begun, which is good news for fans. Also for Darshan’s birthday on Feb 16, DBoss is taking a break from shoot and coming to Bangalore for his fans.