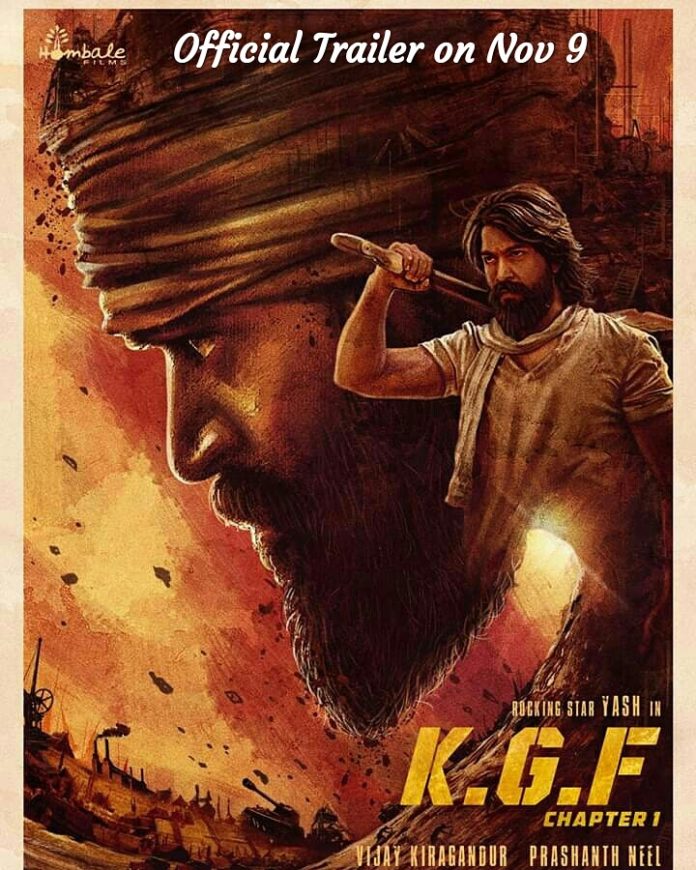 Here is the KGF official Trailer release date of most expected Indian cinema of 2018 starring Rocking Star Yash and directed by Prashanth Neel. According to sources, this big budget movies trailer will be released on November 9th in one of the Bengaluru’s Multiplex.

The movie bank rolled by Hombale Films is one of the biggest budget movie made in Sandalwood so far and has an ensemble star cast. It will see the debut of Miss Supranational 2016 Srinidhi Shetty, Roopa Rayappa, Malvika Avinash, B Suresh and many more.