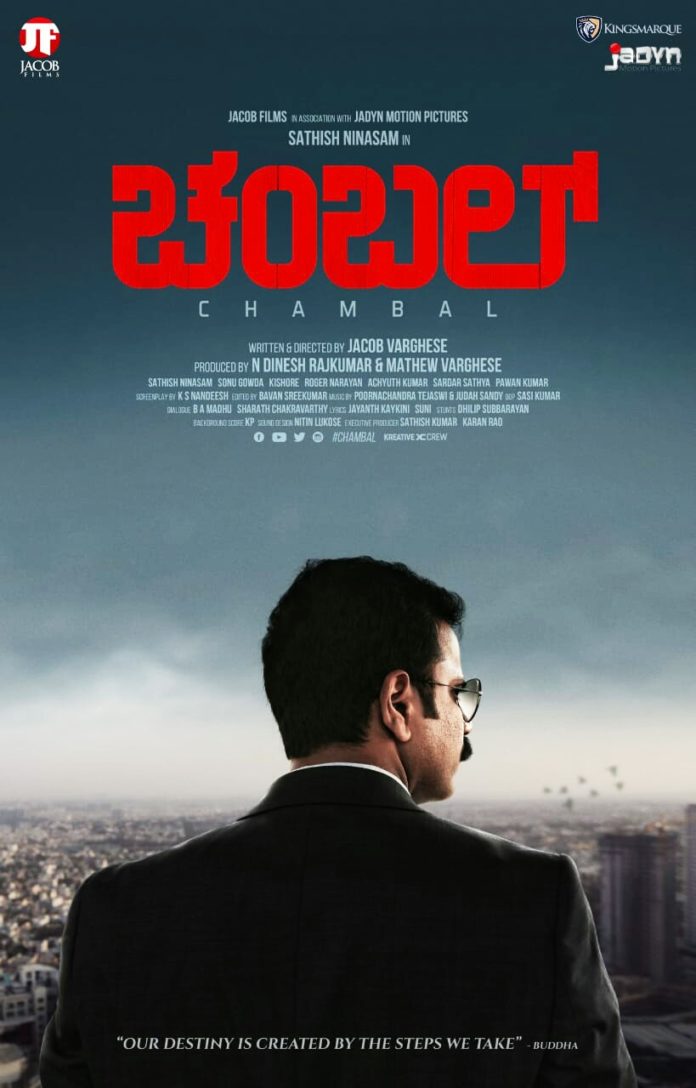 After Sathish Ninasam’s hit Ayogya movie the actor is ready for his next movies release  which is directed and produced by filmmaker Jacob Verghese. News is that the Chambal movie starring Sathish Ninasam and Sonu Gowda in lead has a got a good offer from Netflix for its rights not for satellite rights.

After watching the trailer of Chambal the company has offered a whooping amount of Rs 10 crore for its rights. But the movie team has refused it as of now.

It would be really good to except the offer for the kannada market to grow at a larger scale. oThe movie mongers and audience have a curosity built across the title Chambal, which is yet to be known. The film also features Roger Narayan, of U Turn and Humble Politician Nograj fame.