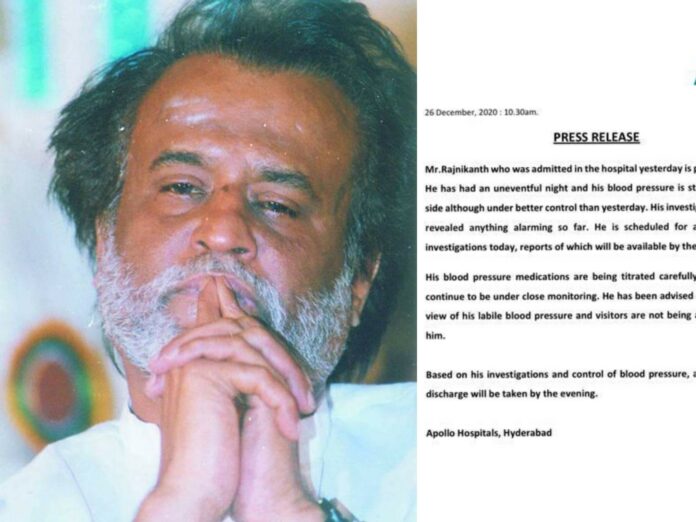 As per the release from Apollo hospital on Saturday, “Rajnikanth who was admitted in the hospital yesterday is progressing well. He has had an uneventful night and his blood pressure is still on the higher investigations today, reports of which will be available by the evening.”

“His blood pressure medications are being titrated carefully and he will be view of his labile blood pressure and visitors are not being allowed to meet him.”

It added, Based on his investigations and control of blood pressure, a decision on his discharge will be taken by the evening.

Rajnikanth has been admitted in the hospital on Friday. He was shooting for a movie in Hyderabad since the last 10 days. A couple of people on the sets tested positive for Covid-19.

Though he did not have any symptoms of Covid-19, his Blood Pressure showed severe fluctuations and needed further evaluation for which he has been admitted to the hospital. 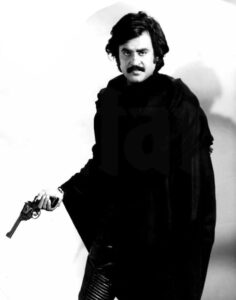