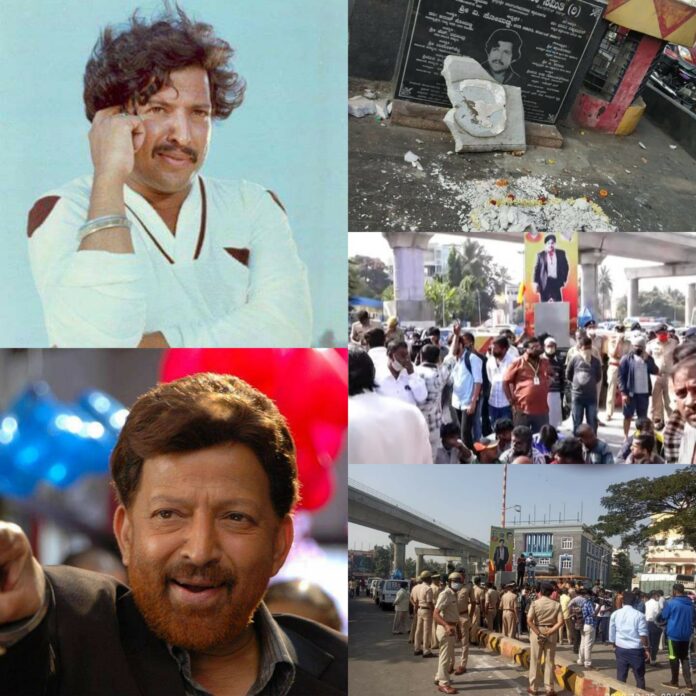 A statue of deceased Kannada actor Vishnuvardhan was found vandalized on Saturday early morning. This has led to protests by the late actor’s fans who had installed the statue. Later the statue has been restored at the same spot.

The statue of Dr Vishnuvardhan was installed by the actors fans at Balagangadharnatha Swami circle on Magadi Road and was vandalised by miscreants. As the statue was erected a year and a half ago. Few miscreants had cleared the statue even earlier once. Fans of Vishnuvardhan has repeatedly expressed outrage on vandalising the late actor Vishnuvardhan’s idol.

A case has been registered at Magadi Road police Station. Commenting on the incident, Vishnuvardhan’s son-in-law, Anirudha said, There had been discussions about setting up the Bal Gangadhar Swamiji statue earlier. In the meantime, it is wrong to destroy the statue of Appaji. He said those who committed the crime should be punished harshly.

Housing Minister V Somanna also apologized for the incident. He has promised to install a statue elsewhere. There is no need to hate on this issue. Let’s win everyone else with love. He appealed to the fans not to take the incident to a large extent.

Even fans of Dr Vishnuvardhan have expressed their displeasure on miscreants attacking a person’s statue for no fault. They demanded the police and the government to find out the culprits and punish them. 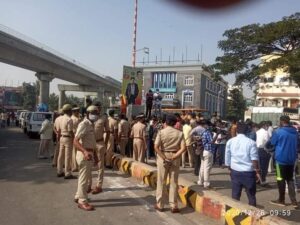