The trailer of Prem’s directorial film Ek Love Ya was released and made everyone talk about it. Now Huccha Venkat lashes out, as there were scenes of actress Rachita Ram kissing and smoking cigarettes in the trailer.

Recently a trailer of Prem’s directorial film Ek Ek Love Ya was released. There were scenes of actress Rachita Ram kissing and smoking cigarettes in the trailer. Against this, Venkat fires on Rachita Ram for doing such role. 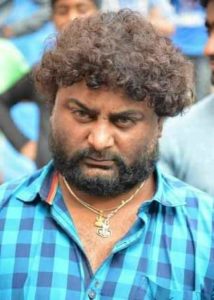 The errant Venkat has uploaded a video on  his YouTube (Check the video below) . In the video, he has spoken on Rachita Ram, stating why play these kind of roles and spoil people. Do you not smoke cigarettes? Did the lip kiss. What does this mean? It is said that it is embarrassing for girls to sit and watch movies at the theater.

Then he continued to talk and said, “Actress will put all blame on the director’s head. The director does not film without your consent. Why Does Your Talent Show This ?. The Kannada industry was not pornographic. Look at how it looks today, ”he said in the video.

Check out the link below to know what Huccha Venkat commented.

After a long break, Rakshitha Prem is seen making a cameo role in debutant hero Rana’s movie Ek Love Ya directed by Prem. Dimple Queen Rachita Ram and the young actress Reishma are playing the lead roles. The music is scored by Arjun Janya and the movie is bankrolled by Rakshitha.