Karnataka government has announced a significant decision to allow the suspended TV serial shootings due to the lockdown. The indoor shoot of television serials or daily soaps to resume from 25 May.

More than six thousand workers rely on serial shooting. Revenue Minister R Ashoka has said the impact of the government rules permits only shooting inside the house. 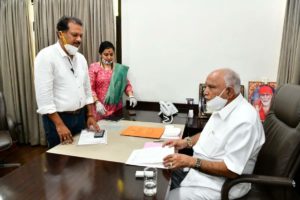 All precautions taken in connection with the COVID19 are permitted to shoot. But there is no room for outdoor shooting inform Karnataka Government. While shooting for films and reality shows is not permitted. Only serial shooting inside the house is permitted.

Minister R Ashoka said, I will discuss with the CM when the movie and serial shooting could be given permission to shoot. “We will give instructions on maintaining social distance if shooting permitted.”

Television Association President SV Shivakumar had requested the CM on Sunday to facilitate filming of the serial and reality show from May 11. The television shooting has been suspended from 19 March due to corona virus fear.

SV Shivakumar had requested CM Yeddyurappa to give permission from the state government to start shooting again. Also from 4 May, The lockdown has been relaxed in the state’s Green and Orange Zones since.

Similarly, even cinema industry needs to get relaxation. If allowed to shoot serial and reality shows it would be helpful. An estimated 120 serials shooting has stopped and 20 thousand artists have been relying on it. Shivakumar requested that our cinema shooting should resume and permission should be given.

The president of KTVA, Shivakumar says,” I would like to thank the government for accepting our request to permit for teleserial indoor shoot. Today there was a discussion on the same, and the committee has decided to start shoot from 25 May. As the script has to be updated to current situation, and artists are living in different parts of the state. We will follow the government rules as we start to shoot.” 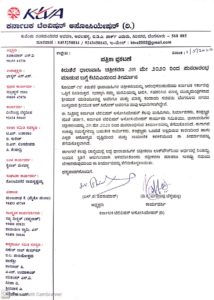