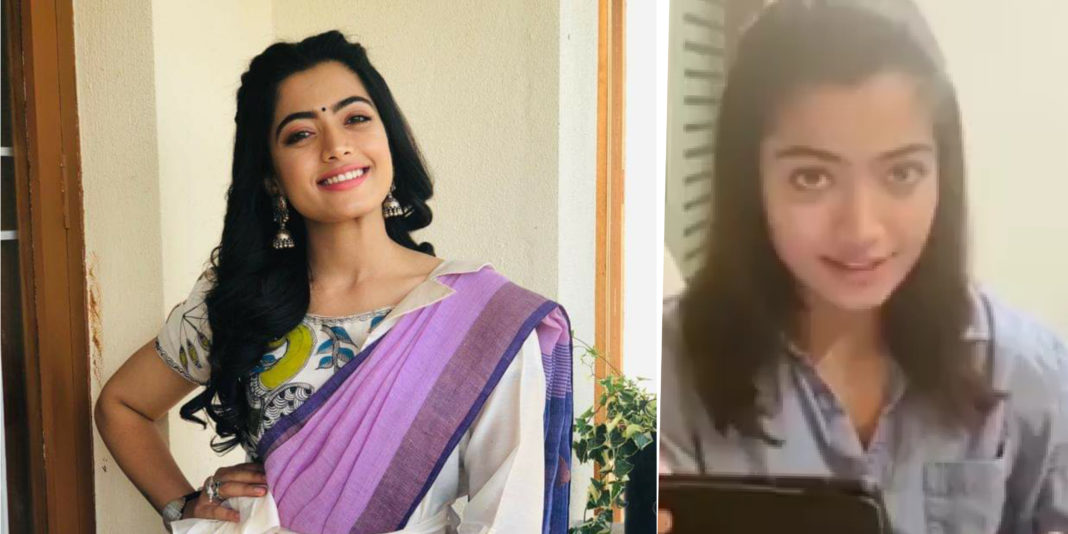 Now south indian actress Rashmika Mandanna too joins promoting a new gambling gaming app. Earlier few raised a question that it is not right for an actor like Kiccha Sudeep to promote gambling ads. Therefore, few kannada activists insisted on banning him from Kannada cinema.

Amid the lockdown, there is an advertisement on all social media of actress Rashmika Mandanna promoting to play rummy using the app. So far, this advertisement is taken in a positive way and there is no oppose from any activists. 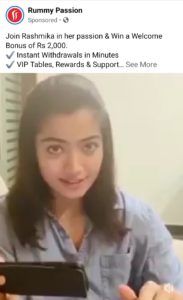 In the month of February 2020, There was a heated discussion on the social network few months back after actor Kiccha Sudeep was seen in a advertisement of an online gaming app. Fringe organisation demands ban on Kichcha Sudeep, if he does not withdraw from online rummy advertisement.

However, the actor Sudeep’s fan stood by the star’s decision and warned the activists not to play a spoilsport by raising anti slogans against the actor. 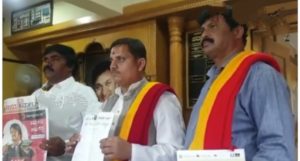 The president of the organization has accused Sudeep of appearing in the rummy advertisements and this is misleading. Sudeep was insisted to be out of the advertisement soon. Otherwise, he should be banned from the film industry, the association’s president Shivakumar Nayak had complained.