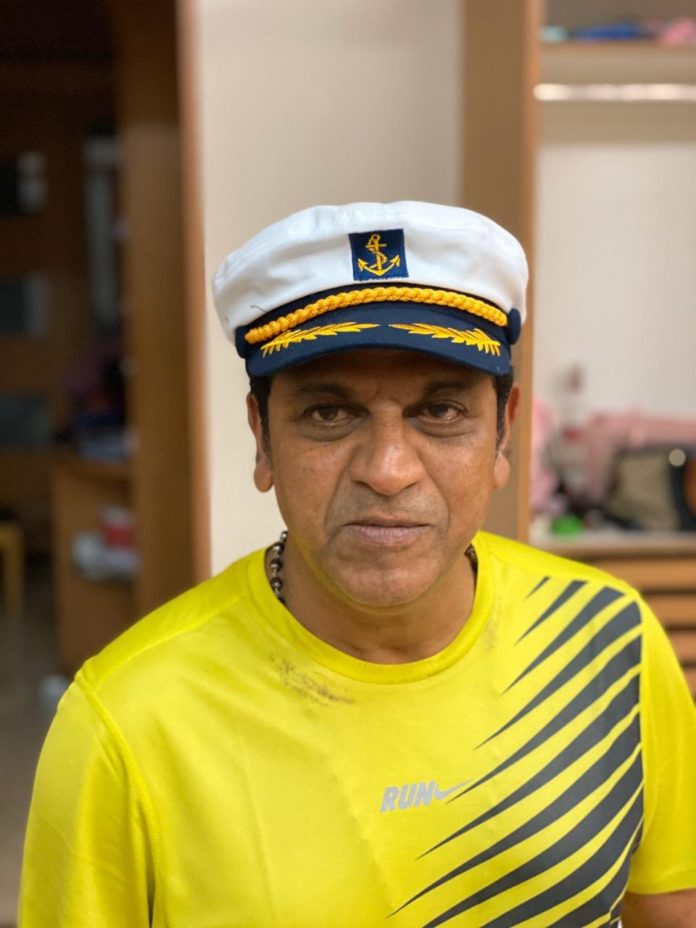 Here is the latest photograph of Dr Shivarajkumar popularly known as Shivanna. On Sunday, his fans had a surprise from their star actor.

Century Star Shivarajkumar popped out with a question and two photographs of his with a navy officer cap. His post on the social media was like this Shivanna stated, “Clue for the next movie ? …. well Happy Sunday ಹಾಯಾಗಿರಿ ಖುಷಿಯಾಗಿರಿ.” 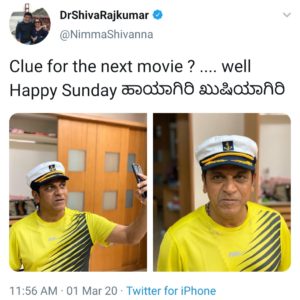 Now all his fans have started cracking the secret role behind his next movie. Last he was seen as a navy officer in his movie Preethse also starring Real Star Upendra. The movie was a remake of ‘Darr’ one of the blockbuster hit hindi movie that had Sharukh Khan, Juhi Chawla and Sunny Deol in the lead roles.

After Rustum movie, Shivanna had played a psychiatrist role in Ayushman Bhava which tanked at the box office. His next release to be Drona, and also Bhajarangi 2 is also in process. Now this new role will be donned by Shivarajkumar, it has to be a navy officer. 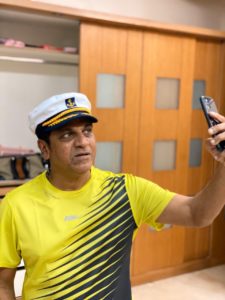