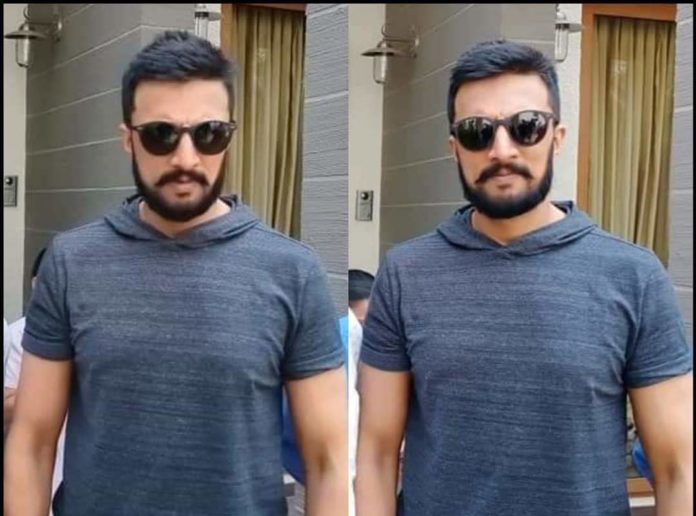 Here comes Kiccha Sudeep‘s announcement of his next Phantom movie shoot, directed by Anup Bhandari. The first look poster released is just amazing with Kiccha shining like an armour.

The news of Phantom movie was earlier announced by director and actor duo. However, the project of BRB(Billa Ranga Baasha) which both Anup Bhandari and Kiccha Sudeep had first announced of making. Due to reasons unknown the project has been pushed ahead. Now the new version of Sudeep as Phantom to be discovered after the shoot.

Henceforth, every update from the Phantom movie team will be a treat to fans this entire year. Also the look Kiccha is carrying will bold you over with his style and class. It is the story and screenplay that matters in the end.

The director of Phantom will be handling a super star in his third outing after his previous debacle with Raja Ratha movie. Also there is a question whether Anup would have his brother Nirup in his third venture too.

Bankrolling the project by Shalini Manjunath wife of Jack Manjunath, who is a producer and distributor. The last movie produced by Manju was Ambi Ninge Vayasaythu starring Rebelstar Ambareesh, Sudharani, Kiccha Sudeep and Sruthi Hariharan. The movie was directed by the debutant Gurudath Ganiga.