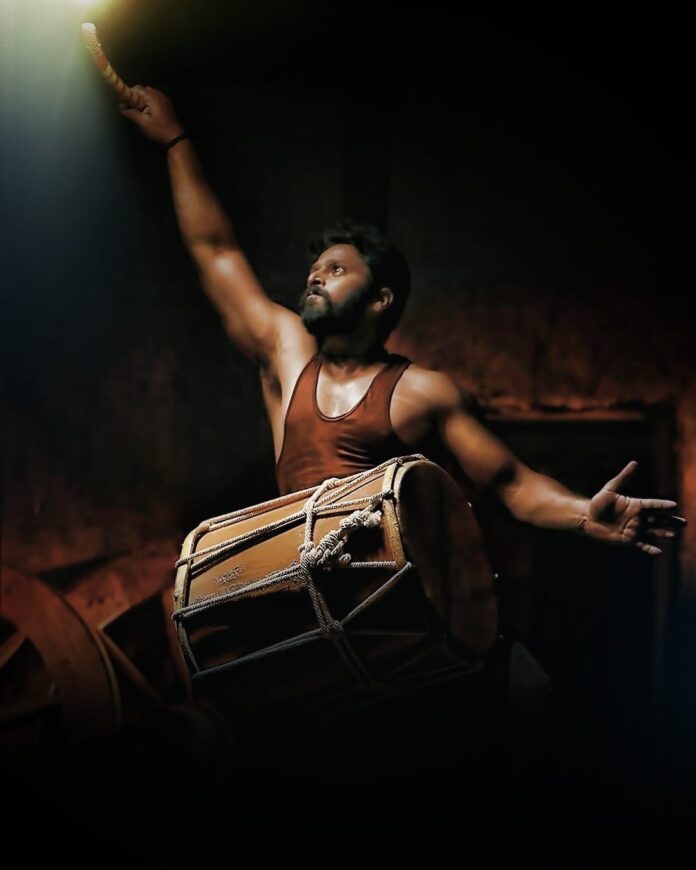 Can culture and traditions survive if they continue to be cocooned in conservative mind-sets? This struggle between being unable to let go and remodelling customs must be as old as the traditions themselves. Debutant director Sagar Puranik tries to address these concerns with the traditional folk art of Dollu Kunita as the focal issue.

In a city-specific setting this could well have been a story about a rock band and its members. But in Dollu, there are deeper questions about local art and the society that is addressed, making the film unique. For that matter, there have been very few films which concerned itself with art forms of Karnataka.

A band of Dollu Kunita artistes in a village have great hopes on the art but realise that reality is different. Performing at temples can hardly keep them going. They try to broaden the scope of Dollu kunita taking it beyond the confines of temples. But this is met with criticism from conservatives.

In the meantime, there is an inevitable lure towards the city to better their lives. Soon Bhadra (Karthik Mahesh) is the only one left in the group. When the annual festival of the village arrives, there is no Dollu Kunita band to take forward the tradition. Bhadra decides to find a solution.

The film also addresses the problems youngsters from village face in the city, the growing dichotomy between city life and village life and overall the separation of traditions from modern life.

The script in nuanced at places but preachy in others. But nonetheless, it manages to strike a fine balance between showcasing the realities of life of an artiste and the need to break out of self-imposed rigidities.

Dollu Kunita itself is an active protagonist in the entire film. The legend about the dance is also revealed as part of the story. The special energetic music of this art form that is captured in all its pulsating brilliance is the soul of this film.

It would not have been possible to make a film on Dollu Kunita without the actors trained for it. The all-round effort of these actors calls for praise. The cinematography is another of the film’s technical areas that is top class. It captures the world of the Dollu Kunita like magic.

This is a very promising debut by Sagar Puranik and one of the better trophy films in the cupboard of the Kannada film industry. This is not the kind of ‘art film’ that you expect was made for the sake of ‘awards’. Dollu Kunita is an experience you should not miss. It is art for arts’ sake. 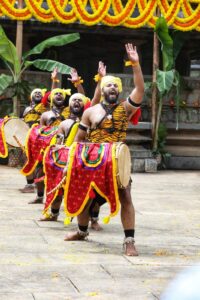 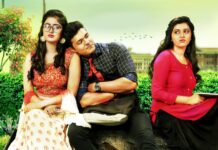