Sandalwood director Pavan Wadeyar had recently embarked on a new venture by producing a movie. The movie which was titled ‘Dollu’, gets a ‘U’ certification from regional censor board.

The movie Dollu which revolves around Dollu Kunitha, also marks the directorial debut of Sagar Puranik in a feature film. His first project Dollu is produced by Pavan Wadeyar and has received ‘U’ certificate from censor board on Friday.

The director turned producer Pavan Wadeyar in a tweet stated, “Happy to Share my first production of Wadeeyar movies “Dollu” Has got clean ‘U’ certificate with no cuts.”

Debutant Director Sagar Puranik in a tweet states, “Congratulations to our entire team! This is just the first step.”

While, before getting into production Pavan Wadeyar has directed movies like Govindaya Namaha, Googly, Ranavikrama, Jessie, Nataraja Service and Natasarvabhouma. Now the director Pavan Wodeyar has also donned the role of producer for the first time. As Pavan is set to produce his first cinema, under his production company ‘Wadeeyar Movies’. 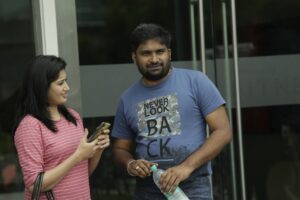 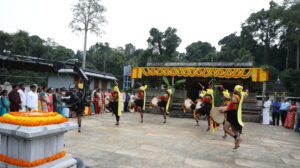