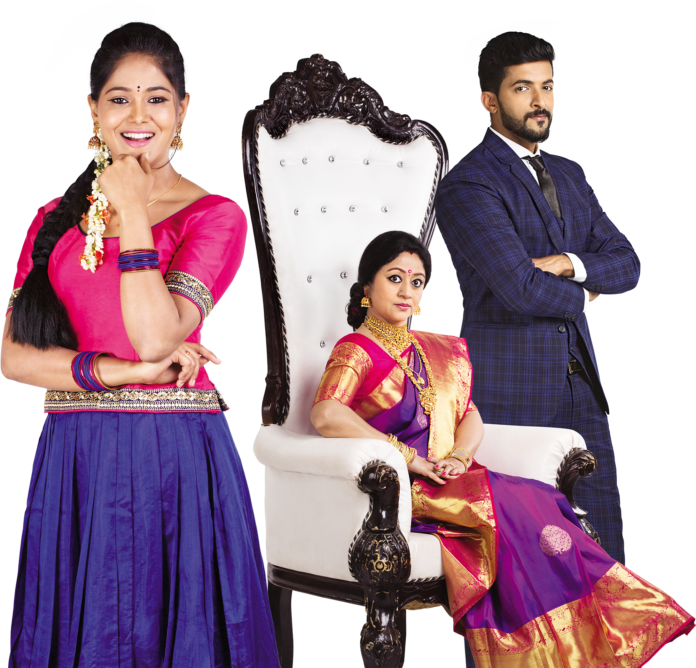 Zee Kannada is all set to bring a new fiction show named as Paaru. Through this Actress Vinaya Prasad is making a comeback to the television with the serial Paaru.

Vinaya Prasad will be essaying the role of a powerful woman Akhilandeshwari. The serial is going to be aired very soon on small screen. Paaru is one of the upcoming serials on Zee Kannada, it will go on air from December 3 at 9:30pm.

In the serial Vinaya Prasad will be calling the shots in her family. Her two sons will be settled in the city. The promo of the serial has already aroused the curiosity of television viewers.

The story is about Akhilandeshwari, the great-grand daughter of the king’s family, and another girl born and brought up in same village Paaru. It is about these two characters face off, the director Guruprasad Muddenahalli will be presenting in a entertaining way.

The character of Akhilandeshwari, a disciplined and tough women, just as a lioness for the people of the village. Her elder son Aditya, a big business icon and owner of Aditya Group of Companies.

The plot of Paaru, Akhilandeshwari who is a powerful women and her two sons to be settled in the city. How she manages her relationship with her two sons in the city is the climax of the story.

“There is no doubt that Paaru serial for Kannada audience will give another level of entertainment,” said Raghavendra Hunasur, Business Head, Zee Kannada.

Other star casts in lead are Sharath Bharadhwaj, Sid Moolimani and Rohini Krishna. Recently, Paaru serial promo was released on the channel and you can watch the same on its official social media channels. This serial is produced by actor-director Dilip Raj through Dhruthi Creations.