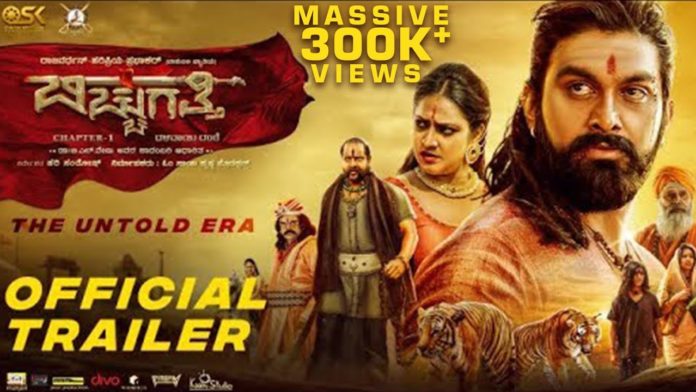 Bicchugatthi Chapter 1(Dalavaayi Dange) trailer has it all, what other big budget movies that has spent crores in the making. Every frame and the backdrop of the movie looks colourful in the trailer. The period feel makes one to go watch the movie in theatre.

The producer has ensured there is no compromise in the quality of movie making, if this movie runs at boxoffice. It will sure make other movie makers build confidence on taking up movies that has a historical significance. All the characters that has been shown has given the impact of that role they have portrayed.

Overall it is apparently grand in presentation and art work has to be appreciated. Even the CG does not make you believe that it is graphics, especially the tiger shot. However, the Bahramappa Nayaka who lived late in 17th century has to be portrayed the way he was. This movie trailer has raised the expectations on the movie. The strength of the plot will be tested.

The movie has a starcast of Rajvardhan, Hariprriya and Baahubali Prabhas in lead role and many more artists.

This historical film is directed by Hari Santosh of Alemari and College Kumara fame. It is adapted by Dr. B.L Venu’s novel based on the Palegaras of Chitradurga. It is being produced by Om Sai Krishna under own banner Om Sai Krishna Productions.