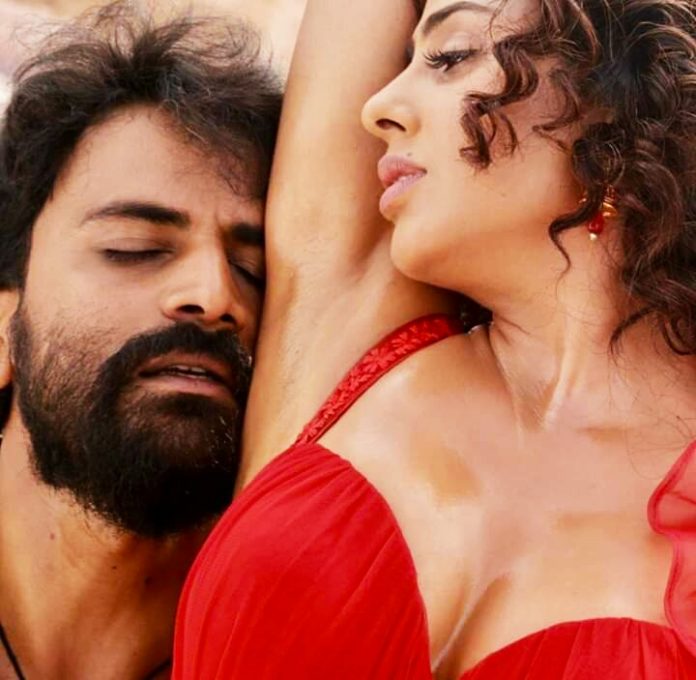 This is not a unusual love story or a revenge drama, which audience can rejoice over. Guess Ram Gopal Verma has not stopped dreaming about his urge of writing same old stories, that shows two rival landlords, a dreaded factionists embarking to gain the king’s throne. The antagonist loves being a saddist, lust for women and enjoy killing people.

The story revolves around the powerful landlord Shankrappa who kills anyone for keeping his supremacy and fame in and around his village. He treats his henchmen as they are like dogs to protect and work for him, one such is Bhairava(Dhananjaya). The daughter Geetha( Irra Mor) of Shankrappa, studing in the city returns to the village on her vacation. Shankrappa wants her daughter to get engaged to another powerful landlord’s son(Nanja), whose job is to scare, kill people and lust on women.

Meanwhile, there is an attack on Geetha from one of the rivals of her father, and she gets saved by Bhairava from those goons. From that moment she falls in love with Bhairava, who is a loyal and honest henchmen of her father.

Rest of the story goes about heroine eloping with hero, and her father takes on a spree of killing people to find her daughter and his henchmen. The antagonist here tries to enact Bukka Reddy, a character from Raktha Charitra telugu movie. One scene that thrills is when Bhairava goes with his supporters to his landlord’s house on a tractor full of dead bodies, who were sent to kill him.

There are songs which doesnt serve the purpose, apart from trying to engage people in showing some lust and romance. Dhananjaya should be lauded for his performance, as he gets an intense action hero role. But he should have been given more mass dialogues that would have cheered his fans. Irra Mor is lost in expressing and uttering the dialogues.

Director Siddhartha Thatholu debuting with this movie proves that his directing and technical skills are good. But he lacks in execution and narratting the story. The cinematographer has done a good job. Overall the movie is not upto the mark.