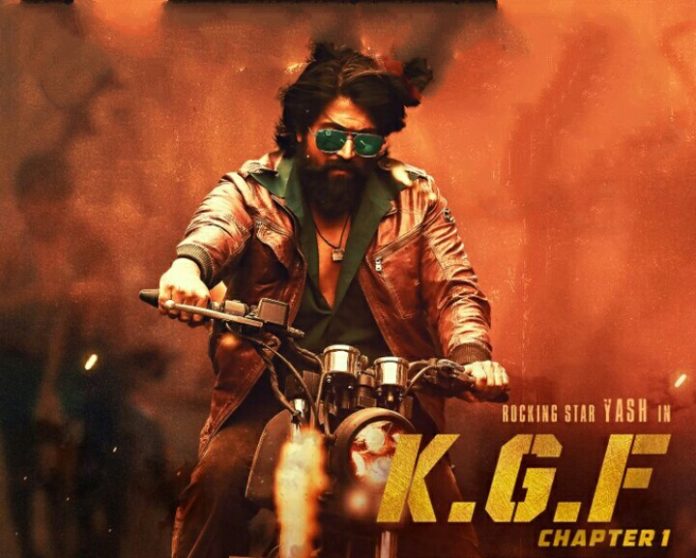 The upcoming big budget film KGF which is the talk of the town since its inception, releases its second trailer. It is like one volcanic eruption, when an angry young man stands like a rock alone against all odds.

The journey of a young boy who rises from the local streets of Mumbai to become the single-handed owner of the now-defunct Koler Gold Fields of Karnataka. KGF seems like the quintessential rags to riches story in the crime world of India.

Based in the ‘70s, the makers have explored the India, USA and Russia conflict which took place around that time and almost resulted in the 3rd world war. The story emphasises on the rise of Gold prices at that time around the world and India being a major destination that possessed a significant amount of Gold due to the Kolar Gold Fields in Karnataka.

The film is releasing in five languages including Hindi and is all set to clash with Shah Rukh Khan’s Zero at the box office. ‘KGF’ is set against the backdrop of the Kolar Gold Fields in Karnataka. The film showcases the story of Rocky (Yash) who aims to win the world and conquer the bloodiest gold mine. It is a period drama that traces the history of gold mining and the mafia running in the generous fields of Karnataka’s Kolar region.