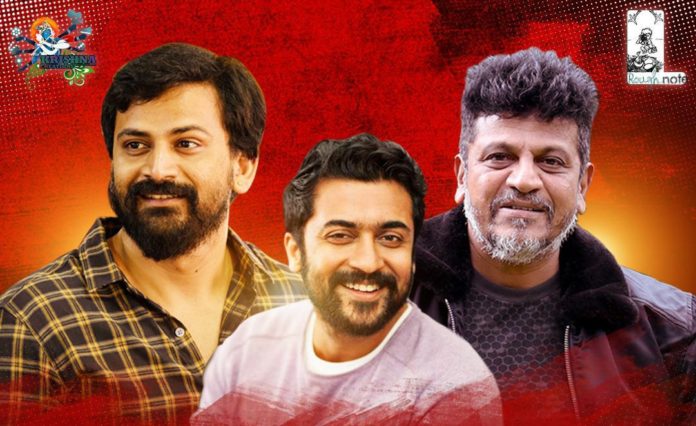 Kannada cinema Tagaru is a good example of what a protagonist and villain should look like in a movie.

Actor Dhananjaya has brought to life the role of Daali opposite Shivarajkumar who played Tagaru Shiva role. These two characters of Tagaru cinema have long been remembered by cinema lovers. The combination of the two has made audience to see them together in another movie. The two will now appear on screen together again.

As Shivarajkumar and Dhananjaya will be back together in a movie. Actor Dhananjaya himself has revealed the matter.

Dhananjay, who tweeted, will be coming up with Shivanna again. The film is slated for release in 2021. The film has not yet been named, and is currently called Production No. 2.

The film will be made by Tamil famed cinematographer and director Vijay Milton. Milton has directed Goli Soda, Vikram’s 10 Endurakkula and many more.

While Krishna Karthik will be producing the film. Anup Seelin will be giving the music and background score for the movie. The lead actress and other important characters is not yet been confirmed for the movie. While the movie is set to start in 2021. 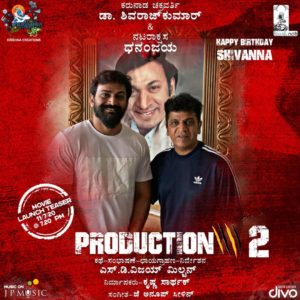 After Tagaru Shivanna and Dhananjaya together in a new film. Movie’s launch teaser was released on 11 July at 7.20 pm. Vijay Milton is director and Anoop Seelin is composer. Produced by Krishna Sarthak. Shooting in 2021.

Also the tamil actor Suriya launching the first poster in his tweet stated, “Birthday wishes and respects to Shivanna and happy to announce Shivanna ‘s next with Vijay Milton and  Dhananjayaka. y hearty wishes to the team.” 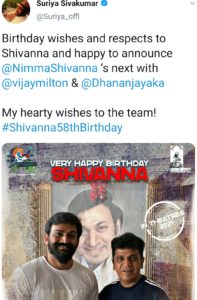