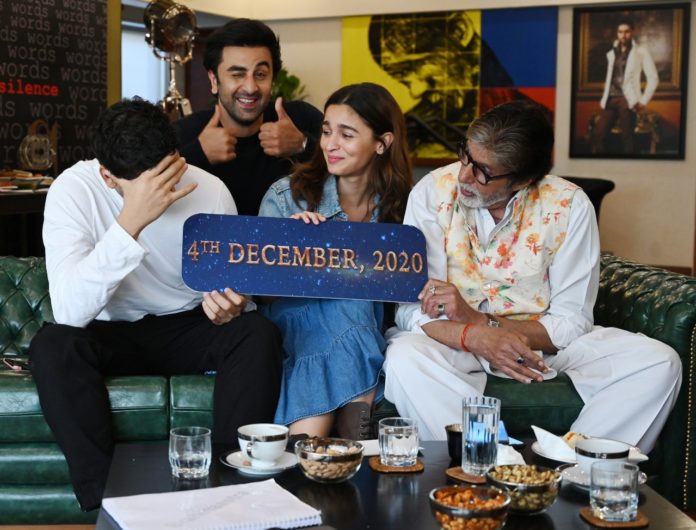 Bringing heroines from Bollywood to Sandalwood has long been a thing of the past. Star actresses like Juhi Chawla, Shilpa Shetty, Raveena Tandon, Munn Mun Sen and many more have made their mark in Kannada. With Brahmastra Alia Bhatt has now been added to the list.

Bollywood’s trending young actress Alia Bhatt is busy with Hindi cinema. Ranbir Kapoor is currently miffed with ‘Brahmastra’. Alia is one of B-Town’s most sought-after actresses, appearing in commercial films as well as commercial roles alongside female leads. 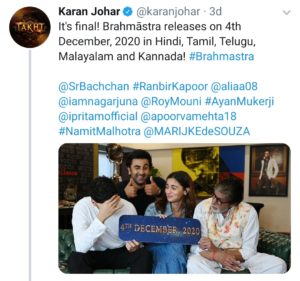 Alia Bhatt is acting in Kannada. Yes, it is not a movie made by Kannada people in Kannada. Instead, Karan Johar’s Ranbir Kapoor starrer ‘Brahmastra’ will be screened in Kannada. Karan Johar tweeted about this.

Produced by Karan Johar, the movie is directed by Ayan Mukherjee. The film is made in three parts and the first part, ‘Brahmastra Part 1’, will open on December 4. The film will also be screened in Hindi, Kannada, Telugu, Malayalam and Tamil. The film will be released simultaneously in five languages.

Amitabh Bachchan also stars in Ranbir and Aliara in the film. The filming of this film has been going on for a long time and fans have been waiting for the release date.