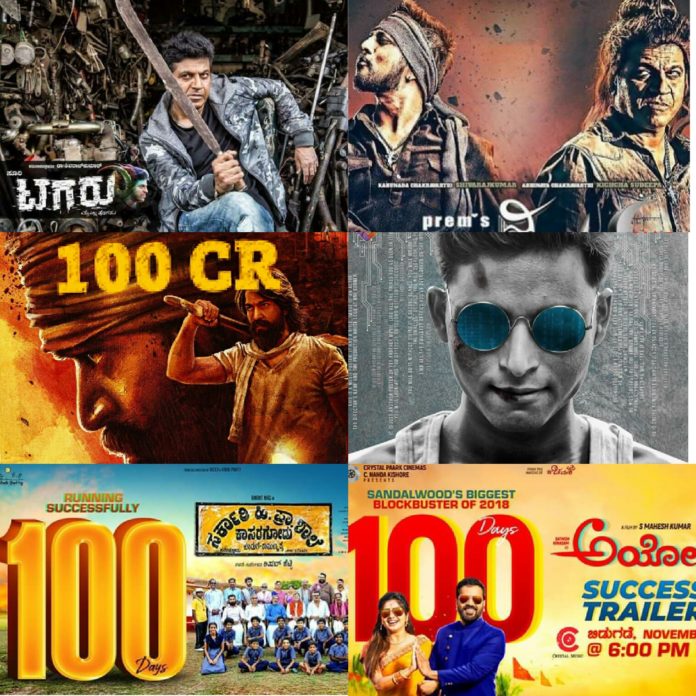 If 2017 was a breakout year for Kannada cinema, the following year has been much more of a mixed bag for Sandalwood.

This year saw big-budget star vehicles taking centre stage once again, with Shivarajkumar’s Tagaru hitting box office gold in the first half of the year, while another movie of Shivarajkumar’s and Sudeep’s The Villian did show signs of significant commercial and critical success.

Newbie Naveen Kumar’s Gultoo, Rishab Shetty’s Sarkaari.Hi.Pra.Shaale, Sathish Ninasam’s Ayogya was a hit movie and Rebel Star’s Ambi Ninge Vayasaytu too found favour with the audiences. Further down the budget ladder, though, Kannada cinema struggled to repeat the success of last year, when a handful of modest films with subjective and comedy stories like Aa Karaala Ratri, Rambo 2, Victory 2, Double Engine , Orange managed to become the talk of the town by drawing more audiences into theatres.

It wasn’t as though there was a shortage of films or ideas in the market. Indeed, 2018 saw a massive number of Kannada films hit the screens, with some weekends even boasting of six or seven simultaneous releases. But this very glut cut at the chances of success, as many movies disappeared before finding their foothold at the box office.

This, coupled with the less-than-satisfactory execution of many experimental ideas left many new films struggling to hit the mark.

The one runaway exception to this story, 2018’s independent cinema fairytale, was Ondalla Erdalla, Jeerjimbe and Katheyondu Shuruvagide. Also a list of interesting movie with unique story and narration like Buckaasuura, The Terrorist, Puta 109 and Sankasta Hara Ganapathi did attract audience for just few weeks.

However, the year end was a celebration for Sandalwood getting a world wide fame through the magnum opus Rocking Star Yash’s KGF which is still ringing the boxoffice with pouring collection. The movie is declared a monster hit in all languages and the first kannada movie to reach 100 crore club.

Coming year has some more interesting movies listed for its release. All big stars and newbies will be giving the kannada audience a doze of entertainment.