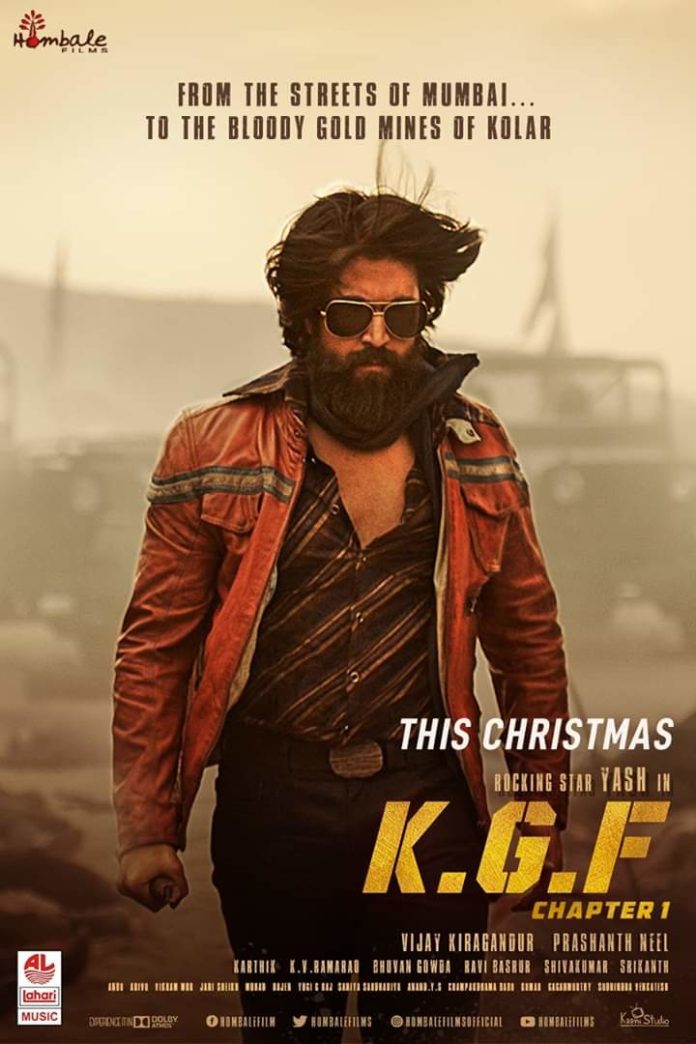 The much awaited magnum opus of Rocking Star Yash’s KGF movie is creating and setting its own bench mark in Kannada film industry. While the good news is the audio launch date is decided, by the makers of Hombale Films.

While the trailer had set its record by millions of views in all the 5 languages Kannada, Telugu, Tamil, Malyalam and Hindi. Now the news is that, KGF movies audio rights of southern languages have taken by Lahari Music company. It is said to be sold for a whooping Rs 3.5 crores, the music director of the movie is Ravi Basrur.

According to sources, the audio release date is to be on November 29 or 30 and will be live on Lahari music. However the hindi audio rights is still under discussion and soon it will be announced from the movie team.

Director Prashanth Neel and his team, all are excited and eagerly waiting to release. It is known that Actress Tammanna Bhatia will be shaking a leg with Yash, for a old kannada song recreated for the movie. The music will be another trend setter, as the fans are waiting for its music album to get released.