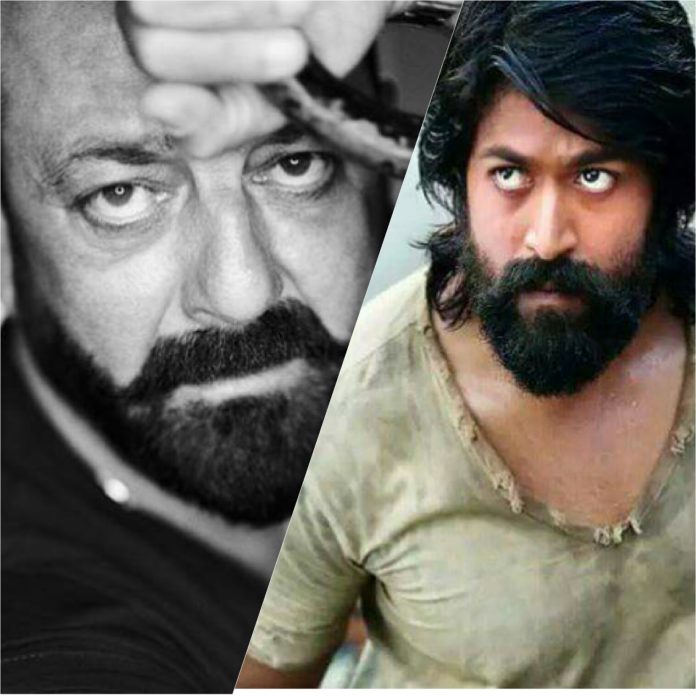 Yash starrer ‘KGF’ trailer has garnered great word of mouth within hours of its release and masses are waiting with bated breaths for the film to hit the screens.  But there is a news, it is rumoured that Sanjay Dutt is part of KGF movie.

Kannada film industry is brimming with joy with the overwhelming response of fans and celebrities alike from all across the country. Now, the trailer of the film has and it is unlike anything anyone has ever seen before from the Kannada film industry.

According to our sources, “As the KGF movie release date got postponed, it happened for a valid reason. A month ago, it was decided after Farhan Akthar and team liked the movie as they watched it. To make it even more bigger they wanted a Bollywood star to be part of it, wherein the Hindi version would be having a known face. It was then decided that Sanju Baba will be given a role, and few things had to be added on business perspective.” It is yet to be confirmed from the team officially, till then it is just a rumour.

Whatever, end of the day KGF is getting bigger and bigger and audience will be happy to see Yash and Sanjay Dutt on screen. It is our industries pride if the movie is getting huge appreciation from around the world about the trailer. Let us enjoy the Chapter 1 made by the makers and talk about chapter 2 next year.