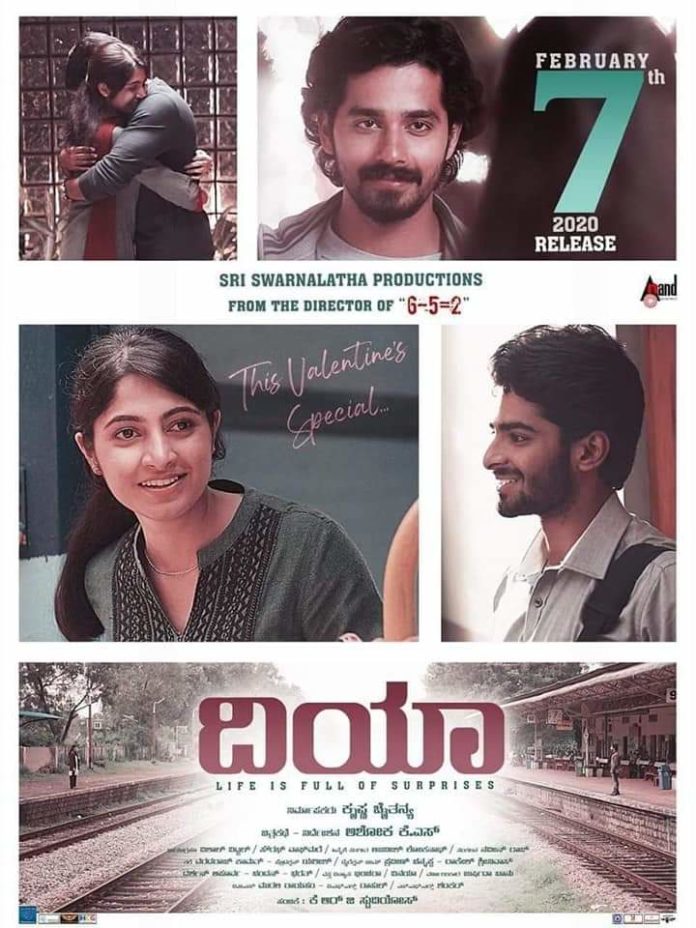 Recently released Dia movie gets to hear voice of audience demanding to re-release Dia, after its exit from theatres. Dia was critically acclaimed by everyone and audience appreciated the movie for its unique screenplay. But within 30 days, Dia movie was available on Amazon Prime.

Dia film has been well received by the Kannada audience and it did recieve appreciation from all media houses. But due to simultenous release of 8 movies, it got only 3 weeks to run in theatres. Now OTT platform fans are watching the movie and asking to re-release it on bigscreen.

Film Distribuor, KRG Studios, Karthik Gowda tweets, “To all those who requested rerelease of Dia,1st of all thanks for such an overwhelming response on Amazon Prime Video. We cant block it in prime and while it is on prime, none of the national multiplexes screen it. With the covid-19 fear also around, watch on ur private screens and enjoy.”

The movie Dia was recently streamed on Amazon Prime amidst the issue of theaters. However, the movie is now getting all attension after many watched it online. Audience from all languages are posting positive reviews on Dia movie and comparing it to blockbuster movies.

When the movie was released on 7 February, the makers promoted it in a right way. Even after good marketing, there were no audience on weekdays but weekends the shows were houseful. However, it lasted in theatres for 25 days getting positive response.

Now after several fans request to re-release in theatres amid the scare of COVID19. It is not a easy task for a producer to re-release when ever the audience request. It involves lot of money again to release from posters, and rent to theatres.

There are many kannada movies suffering from bad promotions, less theatres and more number of movies releasing at a time killing each others buisness. It is the audience who should be supporting movies like Dia when it is in theatre. But only good reviews doesnt work, good collection matters for the producer and director to make another good movie.

And the cinematic characters are haunting the audience. Khushi is seen as the heroine in the film. Deekshit Shetty and Prithvi Amber shine in the lead roles.

While Dia movie is written and directed by Ashok, after his first debut movie 6-5=2, which created sensation in horror genre film. Corona virus scare, movie theatres across the state are shut down. But kannada audience after watching the movie online want to experience it on big screen.