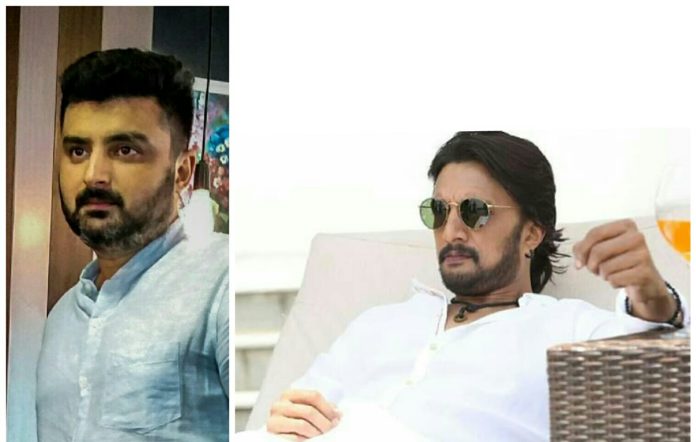 Actor Kiccha Sudeep and Director Anup Bhandari to start a project together, which is rumoured to be a action adventure movie. Its been 18 years since the Director Anup dreamt of doing a movie for the star actor Sudeep, finally takes place next year.

The director Anup’s previous movie Rajaratha, had bombed at the boxoffice, after giving a blockbuster movie with his debut movie Rangitharanga. Now the director is all excited and announced officially that his next directorial movie to be with Kiccha Sudeep and also under the actors home production.

Anup stated that, “Kiccha Sudeep in a film by Anup Bhandari has been a dream ever since, I wrote my first script 18 years ago. Very happy and excited to be associated with SuPriYanvi Picture Studio and KSK Reel to realise that dream. Need all your love and support.”