On Friday, A delegation headed by Shivarajkumar decided to meet the government and appeal for a solution to the problems faced by the film industry. Prior to that, it was decided to discuss and list some of the key factors that will help cinema workers.

For last five months, the lives of ordinary workers, technicians and artists without cinema activities have caused trouble. Among these challenges, there were discussions about what steps should be taken to resume film shoot and how workers could be helped by the film industry and the government.

Speaking to media, Actor Shivarajkumar said, It is a joy to see all the sections of the film industry come home to discuss the industry. All of them have come together and discussed about the difficulties faced. The Film Chamber of Commerce will discuss the issues on the current situation in the next two to three days.

We are discussing what needs to be done to address the crises the film industry is facing now, and things that can be done to survive economically. It is unknown how many movies will be shot this year.

Sudeep has already started shooting for Phantom movie and set a good example. The precautionary measures they have taken are ideal. Shivarajkumar said, we should move forward with that.

You have to sit down and decide what can be started and then go before the government. We should not be rude at the moment. Do not be an intruder. We all artists, producers, performers and technicians should be going together. We are all one family. Everyone will fight for the industry. None of us are keeping any other thing in mind. They respect our words. They have all come together. I am with them, said Shivanna.

This problem should be solved somehow. Amitabh Bachchan was a role model for the entire industry through a video. We should also be a role model for Kannada industry. Do not take any other kind of hasty decision. We are all with you, the actor said. The shooting will begin as soon as possible. It is not guaranteed that film shooting will begin at once. Step by step it will start. We must face it bravely.

He added, Corona is not a big thing. We must follow the rules properly. Then nothing can be from Corona. Let’s go with the government. Shivraj Kumar assured and filled in courage to the cinema workers, artists and technicians to be happy until then. 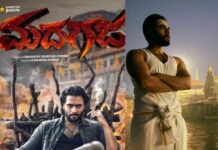 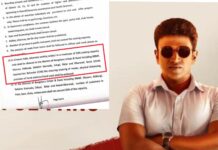