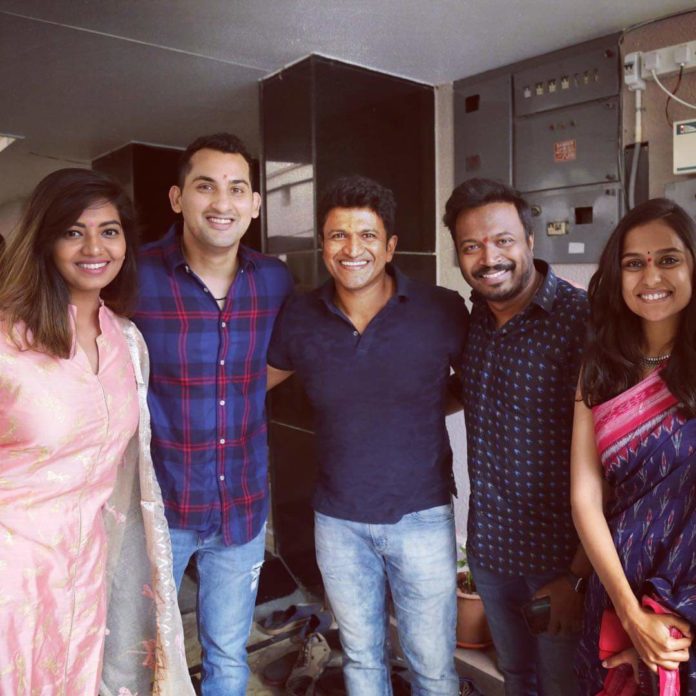 The third movie releasing under Puneeth Rajkumar’s PRK banner ‘French Biryani’ will be the first Kannada film to release directly on a digital platform. Opting for a digital release may seem like a smart choice for filmmakers in this time of a lockdown.

Following the COVID-19 outbreak, many people are spending a lot of time in the digital streaming platforms these days during lockdown for entertainment. Actor Puneeth Rajkumar will be the first star actor to take kannada cinemas directly on the OTT platform.

On Friday, The actor Puneeth Rajkumar on his social media shared the news with all his fans. “We’ve whipped up a delicious tale for y’all! On July 24, savour the world premiere of French Biryani on Prime,” said Puneeth. 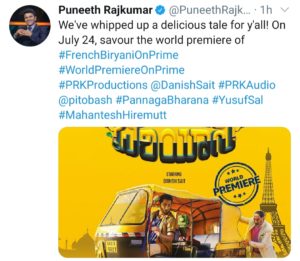 The film will see multi talented actor Danish Sait playing the role of the auto driver.The movie is about a 3-day journey between Danish who plays an auto driver chatacter from Shivajinagar and Sal Yusuf, a French expatriate. It also stars Disha Madan, Nagabhusan, and Sindhu Srinivasamurthy in major roles. While the story is written by Avinash Balekalla. 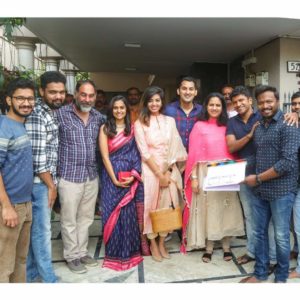 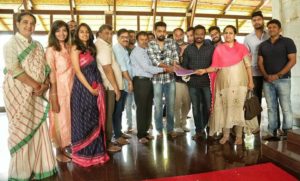 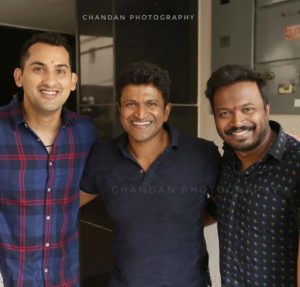 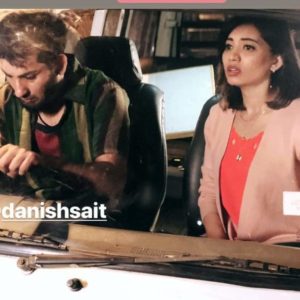 From this many small budget movie makers and others get an opportunity to exhibit their movies online to millions of viewers. Apps like Netflix, Amazon Prime and Hotstar cater to people to watch a variety of digital shows and movies.

The film is bankrolled under PRK Productions amd helmed by Pannaga Bharana; film also features Disha Madan in the lead. While two movies Kavaludaari and Maya Bazaar, made under the PRK banner, a production house owned by Puneeth Rajkumar, turned to be a crowd puller and a hit.

The production house is all geared up for 24 July, its third movie release on the online platform.