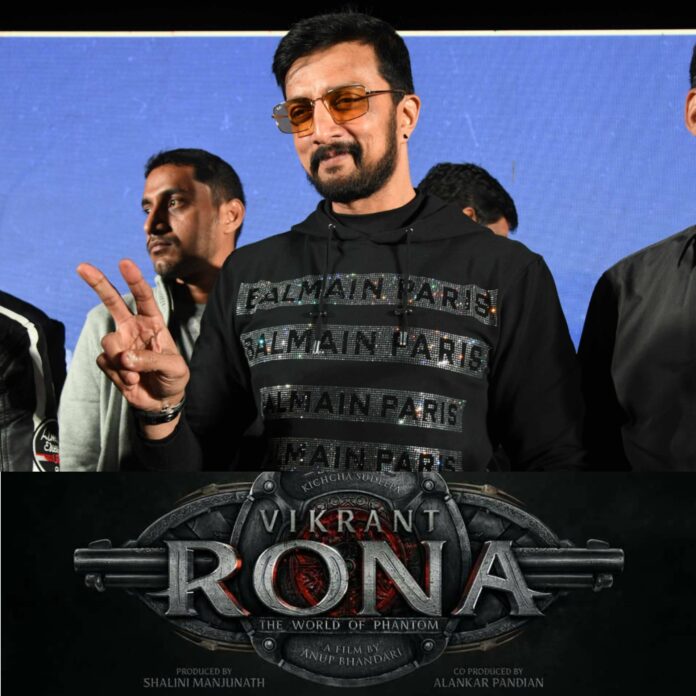 The entire nation got to see the teaser of Kiccha Sudeep starring Vikrant Rona movie released on the world’s tallest building, Burj Khalifa in Dubai. Now that Sudeep confirms the film will be released in 3D in several languages.

Actor Sudeep made the announcement at a celebration event organized by Vikrant Rona team. It was to celebrate the actor Sudeep completing 25 years in cinema industry.

Kiccha Sudeep says, “This cinema story is amazing. And the idea of making this a Pan India movie was there from the begining. Producer Manju has planned to bring the film in 3D format.”

At Kanteerava studios on January 31, 1996, I started my career in cinemas. Sometimes for completing 25 years in this industry they give a retirement feel. I started my film journey while I was still studying. Little did I know that my 25-year-old cinema journey will be displayed on Burj Khalifa, Sudeep said.

They informed me that it was a sneak peek of 180 seconds from Vikrant Rona movie. However, I was speechless for a moment when the flag of Karnataka displayed on the building. That experience cannot be said in words.My image may have been huge on Burj Khalifa. But guys who are taller than me have worked on this film. I really enjoyed working with Anoop. I hope there is more such opportunity, says Sudeep.

A fantastic work is done by music director Ajaneesh using London and European artists for the BGM. Sudeep praised the team saying they are best.

There was an idea of ​​directing a movie. But with good stories, directors from Hindi, Tamil, Telugu and Kannada have come. I’m really happy that the story are made keeping me in their mind.

I want to direct but I am currently part of the director’s dream. In 2005 my pictures failed. Some were hit movies. I got into direction as my career was about to get over. I took a chance with the autograph movie. Then it was my only option. Sudeep says now all the actor, director and all are talented.

This year 2020 was the best year for me in 25 years. Got the chance to spend time sitting at home. Heroes and millionaires are all clapping and lighting. While 2020 was a bad year for many. But we all knew the price. The world will change if 20 per cent of the lessons learned during this period are adopted.

During this period I had a lot of time to think. Sudeep recalled cooking, story writing and mimicry. 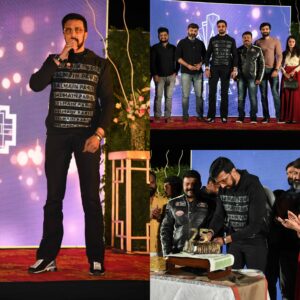