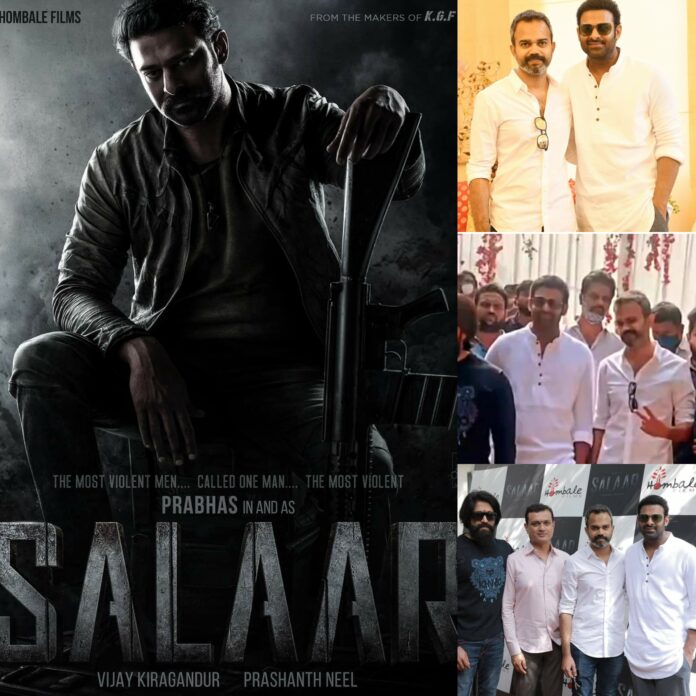 The journey for another Pan India movie by Sandalwood director Prashanth Neel upcoming film Salaar with director actor Prabhas had a formal launch on Friday. The team held a muhurat puja in Hyderabad, with the Rocking star Yash being present to wish the Salaar team.

The first shooting schedule of the movie Salaar will commence from the last week of January and will go on till February first wee, as per reports. Under the Hombale Films banner producer Vijay Kiragandur will produce the film.

KGF director Prashanth Neel’s upcoming film Salaar will feature Prabhas in the lead role. The makers did not disclose about the female lead and other important characters part of this movie.

As per reports, actor Prabhas will be playing a violent character, something Prabhas hasn’t played so far. Ever since Salaar was announced, expectations are sky-high for this pan-Indian project. The movie Salaar is touted to be an action-thriller.

While, Salaar plot is also said to be an updated story of director Prashanth Neel’s debut directorial Ugramm.

Another media had reported that actor John Abraham is said to be in talks to play a negative role in the film. Director Prashanth Neel and the Salaar team will announce the cast and crew details in the coming days.

This is a very exciting film and my character is extremely violent, so this is something I haven’t really done before. It’s a pan-Indian film and I can’t wait to be on the sets already, Prabhas had said to media earlier.

While actor Prabhas through his social media shared, “Here’s to kick-starting another journey!
Salaar Saga Begins.”

Director Prashanth Neel says, “Thank you Vijay Kiragandur sir and Prabhas sir for this opportunity. Thank you my rocky Yash for being with us today. Will not let you all down. Overwhelmed with all the love and support coming our way. Thank you everyone.”

Hombale Films in a tweet stated, Thanks to each and everyone from the film fraternity for gracing the event and blessing our team. 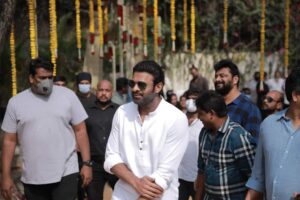