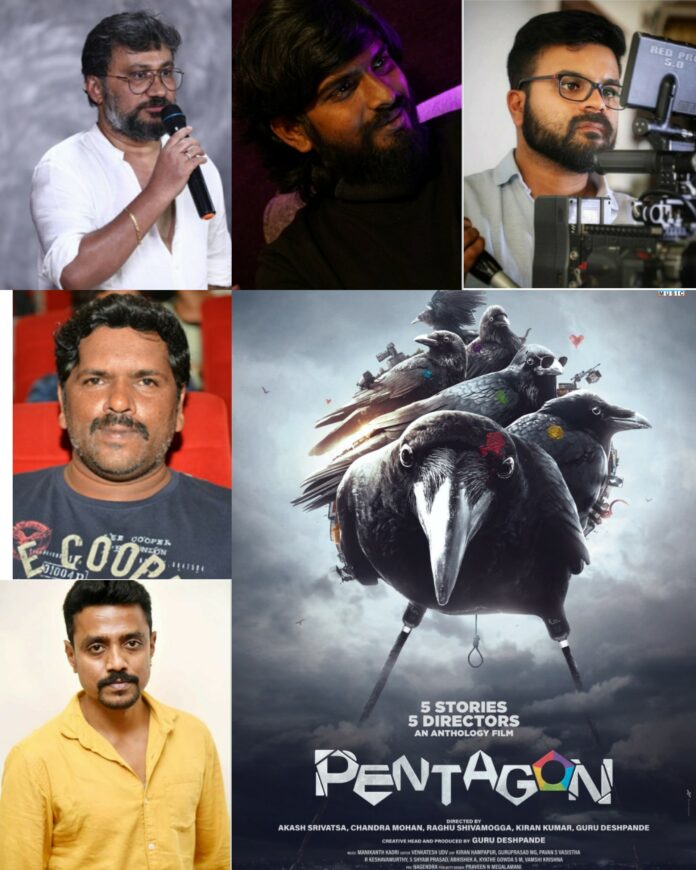 Filmmaker Guru Deshpande‘s new project Pentagon movie, is an anthology of five stories for which shooting is already underway. On Monday, Real Star Upendra released the motion poster for the movie.

The teaser of Pentagon is intriguing and all the 5 stories have different themes. Even the directors had something to share on their own story theme. The stories have subject related to lust, sweet, Dark humour, Caste and on smart phone usage.

Pentagon is an anthology of five stories. An added speciality of the film being each of the
story is directed by a different director. There are therefore five directors for the movie.
The five stories have a common theme even though all of them have their own distinctive
plots. Only the theme connects them, but the storylines do not converge.

This anthology was planned around six months ago by popular Kannada film maker, Guru
Deshpande, who is also the creative head of the project. He brought the team together and
oversaw the development of each of the five stories.

The film is produced under G Cinemas Productions, the production house started by Guru Deshpande. Last year, the critically acclaimed and successful film, Gentleman, was produced under the same banner. With Pentagon, the banner takes forward its commitment to producing qualitative and entertaining movies. 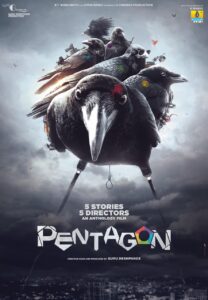 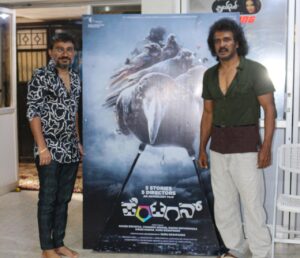 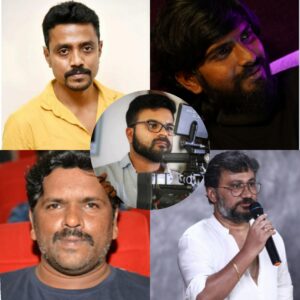