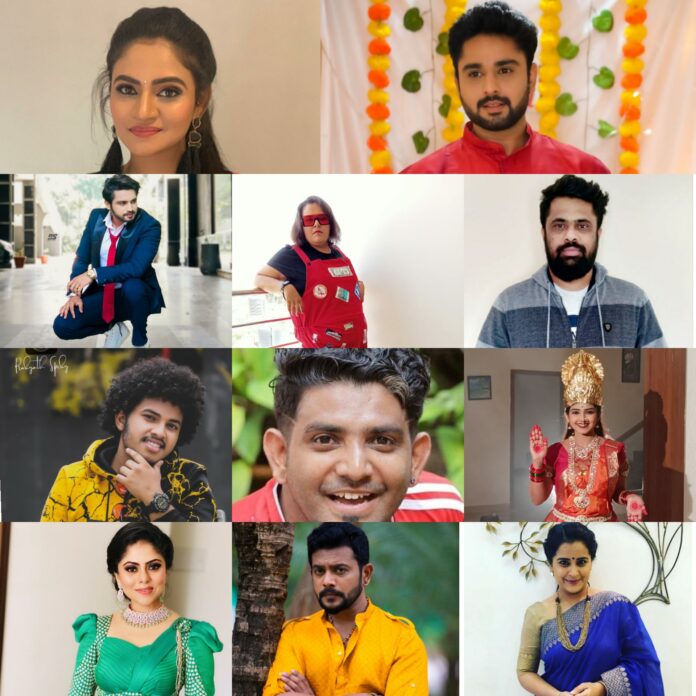 Anubandha Awards-2020 on Colors Kannada in this year has been full of excitement for many new commers and technicians. As the debutants enjoy the lion share in the awards list under many categories.

The awards were categorized in three different formats such as Mane Mecchida (in which artists vote for their colleagues), Jana Mecchida (audiences voting the artists) and critics awards for the technicians.

The gala event of the television artists and superstars from the Kannada films industry such as Kiccha Sudeep, Aditi Prabhudeva, Rishabh Shetty, Priyanka Upendra, Vijay Raghavendra, Sri Murali, musicians Gurukiran, Hamsalekha and veterans Doddanna, Umashri and others has marked a special moment for audiences.

While debutants winning awards for their performances in this year, this is what they all have a say about attending the stardom at Anubandha Awards-2020.

“I feel so excited to have received this award and absolutely overwhelmed by the love that people have pored me for the work I had done so far. This is the first time I am acting and am surprised that I received award on my first go itself,” said Seema, Ginirama serial for Mane Mecchida Sahodari.

“In fact, becoming the lead character for the serial itself was a dream come true moment for me. I was blown away by the response that our serial made and receiving the award for it is even greater moment for me,” said Nayana, Ginirama serial for Mane Mecchida Magalu.

“I had never dreamt of winning an award for my acting whereas the acting and facing the camera has always been my passion. Acting for this serial has always been happiness and winning award for it has just doubled my happiness and confidence about my work. Receiving award from Kiccha Sudeep is something that I cannot explain how I feel about it,” says Ritwik, Ginirama for Mane Mecchida Maga.

It absolutely feels great when we get recognized for our work. I feel there is a great challenge ahead of me as this award has brought me a greater responsibility on my acting career. I will fulfil it with the same amount of spirit in me, says Girija Shrikanth, Mithunarashi for Mane Mecchida Amma.

I have made many short films before as well as the theatre performances for which I have received awards. But the Anubandha is my first on screen awards that I have received. This award and people’s recognition has boosted my confidence to the next level. I am thankful to all the audiences who have supported me, said Yadu Shreshta, Mithuna Rashi for Mane Mecchida Sahodara.

I had not expected that I might be nominated and fnialised for this award as I had only wished for the award for the mother role of mine. However, it feels great when we come to know about what people like and it would obviously help us making our focus area more, said Jyothi, Nammane Yuvarani for Mane Mecchida Atte.

This makes us stunned when we receive award for the first serial, we act in. I am so excited about it as I had never imagined that I would be getting award so early. Although I was nominated in many categories, winning the award has made me amused, said Bhavya Gowda, Geetha for Mane Mecchida Magalu.

For me, the way people have recognized my work so far itself is a big award that I could ever win. But I must tell that the award just ensured me that I have long way to go in this career, said Shobharaj, Geetha, for Jana Mecchida Shakuni.

Actress Sharmitha Gowda for Mane Mecchida Atte said, “I was totally surprised as there were many other actors who deserving this award in this category. Thus, receiving this award was a very special moment in my acting career. This is just a great gesture shown by the audience that they liked my work.”

First of all this is a fantastic experience to be getting an opportunity to act in this great serial. And receiving an award for it in just the first attempt gives us the pleasure as this is all because of people who love our work. It is always the people who push us to do great job. I am very thankful to people for recognising my work, says Kousthuba, Nannarasi Radhe, for Mane Mecchida Sose.

Usually, the actors and others receive award for their works. But this feels great when the people recognise the technicians who work behind the camera. I am indeed happy for receiving this award and it feels great, said Mallesh, Nannarasi Radhe for Best Editing.

I have been in film Industry for past 14 years, but I feel happy to say that this is my first award so far in my acting career. This is the first time I am recognized by people that so many people now say that I have been doing great in my appearance and know people say that I should be working back in films. This tells that my journey so far in the television is going well, said Thejaswini, Jana Mecchida Style Icon for Nannarasi Radhe.

I am very proud to have worked in a unique serial like Kannadathi which has the huge craft and message I it. In fact, it was a very special task for me to have worked for this serial that is focused on language values -Yogi, Kannadathi for Best Cinematography.

Kiran Raj, Mane Mecchida Maga and Janamecchida Nayaka for Kannadathi said, “I have worked before with so many banners but neither had I received any award nor a recognition. But this time I was little confident about it as my role had become very popular and I finally got it.”

He added, But just a week before the award I had a call from Sudeep’s mother praising my work and finally receiving this award from Superstar Sudeep on stage was the great moment for me. I will put more efforts to make my work better in coming days.

I feel extremely lucky to have acted in Kannadathi serial. My journey with Kannadathi serial so far has been an upward trending that has created in my acting career. I must say that I am very lucky that I got this role of Bhuvaneshwari that has brought me overwhelming response from the public. And receiving award for this role is a great pleasure says Ranjani Raghavan, Kannadathi for Jana Mecchida Nayaki.

It certainly gives us a great satisfaction as actors to have made people laugh. I can say that the award can absolutely boost the confidence in a comedian as the work is not so easier. I want to thank people for choosing me as the best, said Keerthi Bettadapura, Mangala Gowri Maduve, Mane Mecchida Vidhushaka.

I do not much worry about receiving awards and all as we must keep up our work better always. But certainly, the awards always come with the greater responsibility on our shoulders as we must ensure entertaining audiences even more after that, says K S Ramji, Best Rated Fiction and Best Story and Screenplay, for Mangala Gowri Maduve and Geetha.

I had faced lot of criticisms for performing a woman character in initial days. I had also gone little confused about my work. However, I stood firm later to play a woman and this award is the proof that I am right, said M B Raghavendra, who won Best Comedian, Majabharatha. 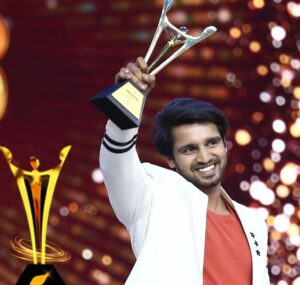 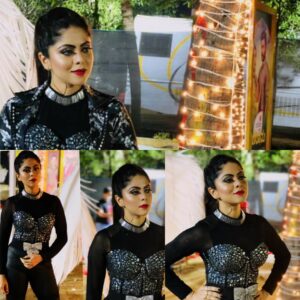