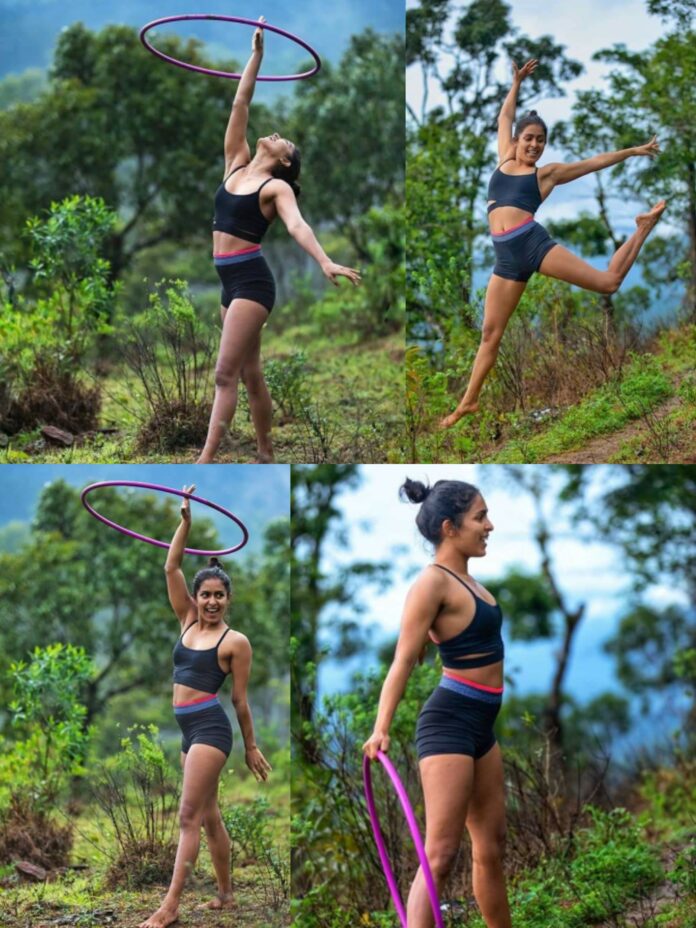 Actress Samyuktha Hegde, of Kirik Party movie fame, has again become embroiled in controversy and has been rebuked by the public. While the actress claim they were abused and ridiculed by the public.

Also the actress Samyuktha kept telling, wearing a sports bra was not wrong and inappropriate. As they started hurling foul words, and connecting the issue to recent drugs issue was totally wrong without any proper evidence.

Locals and senior citizens have protested the dancing by Samyuktha and her friends for wearing a sports bra. The actress then raised her voice against the public for defaming her. Then public raised slogans against the actress, then locked the park gate and called the police.

Later there was a tiff between the public and Samyuktha as she asked to open the closed gate. The police, meanwhile, have arrived at the scene. The Samyuktha, had immediately gone live on her Instagram, she said, I did nothing wrong. She complains that she has been locked up by public. The police then came and took her and her friends from there.

A social activist, Congress Spokesperson and a resident of HSR, Kavitha Reddy on her facebook profile shared, “I do not know what is wrong with Movie Stars, there was one drama at Agara Lake by Samyukta Hegde and gang. Seriously these people have lost it and seems they lack basic ethics and manners and even calling people who have given their sweat and blood to the Lake ‘Bloody Bitch’. 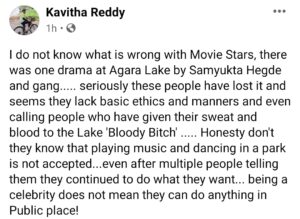 She added, Honesty don’t they know that playing music and dancing in a park is not accepted…even after multiple people telling them they continued to do what they want… being a celebrity does not mean they can do anything in Public place!

Earlier on February 23, a fitness instructor was lectured on her address at Bengaluru’s J P Park in Mathikere. The woman had visited the park with her husband and a man had allegedly raised his voice on her for dressing inappropriately and even filmed her, as reported by a news publication.

Later the then zonal DCP contacted the woman after she approached her relative who works with the Parihar women’s helpline. Shashikumar apologised for the inconvenience caused to the woman. No arrest was made in relation to the incident. 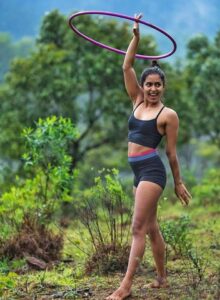