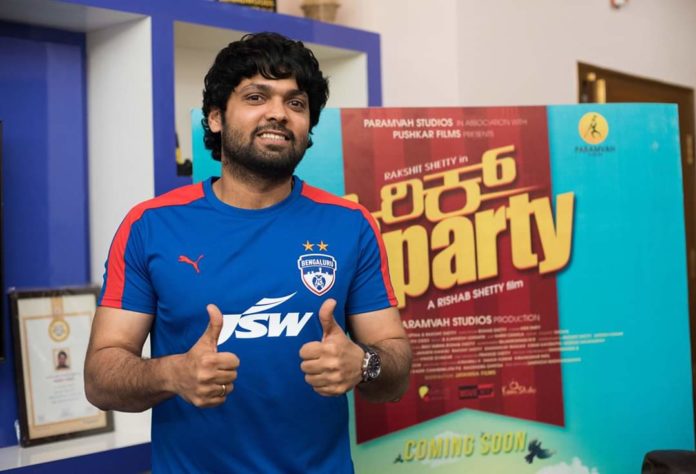 Yes, Kirk Party is one of the most successful films in Kannada cinema. The movie Kirik Party version, which came to light on December 30, 2016, has raised a new wave in Sandalwood.

Director Rishab Shetty through his direction skills had given this college life love story a treat to watch. Actor Rakshit Shetty had created a new milestone in his career with Kirik Party success. It has also won several awards in various award ceremonies.

With the ongoing battle of Kirik Party song Plagiarism case, the movie started haunting him even after 3 years. So the Actor, Director, Producer and writer in Rakshit has got an idea to make another part of this super hit movie.

Rakshit Shetty wrote on the social networking site: Kirik Part 2 will be back on screen and will have a good fight, ”he wrote. 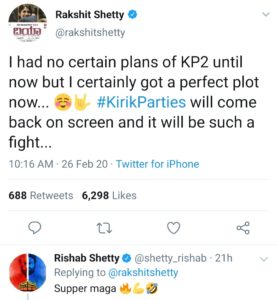 His tweet had, “I had no certain plans of KP2 until now but I certainly got a perfect plot now. KirikParties will come back on screen and it will be such a fight.”

Director Rishab Shetty also responded as Rakshit tweeted. Rishab says “Super Maga”. There were questions pouring in about the director? Asking the question. Some other fans started pleading not to include Rashmika and Samyukta please.

It was an idea that popped out instantly to announce after the recent arguments on a court case. Also Rakshit is sure that he will come up with a script soon and make a story. 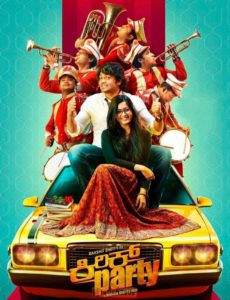 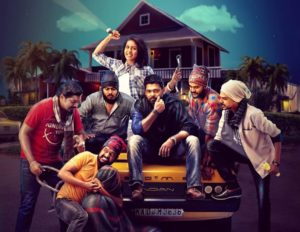