After a long break, actor Yogesh popularly known as Loose Madha will be seen in movie ‘Lambodara’, a commercial entertainer. The lead actress Akanksha is debuting with this movie, which is ready to hit the screens this week.

The movie Lambodara is a romantic comedy entertainer directed by K Krishnaraj. Also, the movie is produced by Vishweshwar and Rabhavendra Bhat under the banner of Vrishank Movie Makers.

The movie sees Yogesh as a student and a jobless youngster in this movie, It is expected to be a comeback for the actor. The trailer and songs of the movie like Oh Manase Manase is already getting good response from film goers. Karthik Sharma has scored the music. 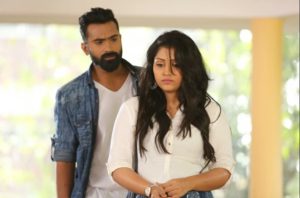