This pretty lass is yet to make her Sandalwood entry with Director Prashanth Neel’s magnum opus KGF, but she badly wants to reveal her look to the audience.

Theatre Artist-turned-Actress Roopa Rayappa will play one of the pivotal roles in this highly-expected flick, which also marks her big-screen debut. This beautiful, gorgeous and sweet women will be seen in a new avatar, which in reel and real life its difficult to identify.

In a candid interview with Cini Mirror, Roopa speaks about her experience in KGF, Theatre and life. Excerpts from the interview follow:

Tell us about yourself and your career?

Well I am an Electronics and Communication Engineer by qualification but I never pursued a career in it. I started acting in theater during my final years of college. My interest was always in the creative field. Acting, writing, painting, directing, basically any form of expression.

How did you land up acting in KGF?

I had auditioned for a particular role in KGF around October 2016. I never got a call back. I was disheartened. Then I got a call from KGF’s office in April 2017. They told me they wanted me for another part. I jumped at the opportunity.

Did you ever knew in the begining that KGF is such a huge project?

I knew it would be a big project because of the team involved (Yash, Prashanth Neel and Hombale Productions) and that it was a period film set in the 70s but I never imagined it’s magnitude until the trailer release.

KGF is a hero-based subject. Do you have an important role that can make a mark in the minds of moviegoers?

KGF is a movie of a huge scale and cast. I play a small part in the film and I have given it my best. The audience will be the best judge to decide if it is important.

How many days did you shoot for the movie?

Hehe. Many days. Around 21 to be precise.

How tough was it working with Director Prashanth Neel and Rocking star Yash?

It wasn’t tough at all. They are such humble people. I also have to mention Hombale productions. They made things easy for us.

You have a different look in the movie? Is it difficult to identify you with that make up for your role in KGF?

Yes. I play a deglamorous role in the film. Infact I am also in the trailer. Nobody could recognise me though. Hehe.

How do you feel about your first movie releasing in 5 languages?

This experience is new to me. I have no idea about how it is going to be. But I am happy and excited for sure.

Any offers already knocking up your door or changes you get to see after the movies release?

Not yet. But I am patiently waiting for good scripts and good roles to come by.

What kind of training did you go through to get to your position?

I would like to credit my acting skills to my theater days.

What was your first job in theater?

I did backstage before acting.

What attracted you to begin a career as an actor?

This sounds cliche but I always wanted to pursue acting since I was a kid. What attracted me was the fact that you can get to step into another person’s shoes and think like them, act like them, look like them. It can be scary and exciting at the same time. In KGF, it is scary because the character I am playing suffers a lot.

What is your profession’s greatest challenge today?

Getting the right kind of roles.

What advice would you give to someone who wanted to do what you do?

Be clear of what you want. Don’t listen to anybody. Everyone has an opinion/advice and that can be discouraging. But it’s okay.

Tell me about what you’re working on now.

I’m doing another film called Mysuru Diaries where I play one of the leads and it’s gearing up for release.

Who is your favorite actor in South industry, and why?

Yash- for his machoism,
Puneeth- for his innocent charm,
Vijay Sethupathi- for his impeccable acting skills and his choice of roles,
Dhanush- for the kind of movies he picks,
And the list goes on…

Have you progressed in your acting career as you have expected?

Well yes, for sure. I am happy with my choices. I believe quality is important than quantity. I don’t jump into every random opportunity I see. I think, mull it over and then take a decision. I want to be remembered for my roles.

In which area would you like to improve as an actor? 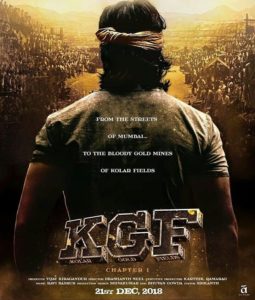