Gurudatha Ganiga, who is the youngest director of Kannada, is the director of the film “Ambi Ning Vayasaytu“. Now he is all set to direct an action thriller with Prajwal Devaraj in his second movie.

The script work for the film has been completed. But the title has not yet been fixed for the movie. The film’s title and first look will be announced on 14 January. The movie is bankrolled by Kumar, under the banner of Bangalore Kumar Films.

This is a story about human trafficking and there are plenty of thrilling elements. Speaking to a media, Director Gurudatha Ganiga said, “I am confident that the film will bring a different image to Prajwal Devaraj. I can guarantee that this cinema will take Prajwal’s carrer to a next level.”

Prajwal Devraj is also thrilled to hear about the story and his character. Producer Kumar is all set and ready to produce this film as the story demands. The aim here is to provide quality cinema without compromising on anything. The cinematographer of Mundina Nildana movie Abhi will be working for this movie, Gurudatha said.

While negotiations are going on regards to music director. Actor Devaraj will be seen in the lead role. Also, a hero will be part of the movie in a special role essaying a negative character. He has heard the story and has already given the green signal to act in cinema. That’s a Major character, said Gurudatha.

He added, The film will have two heroines and we are already in talks with few. We are in talk with a top heroine. Rest of the details will be shared on Sankranti festival. 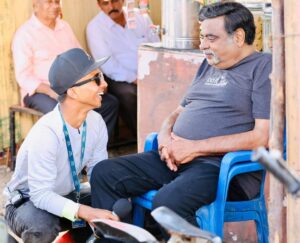 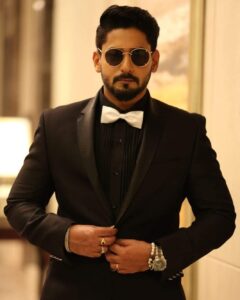