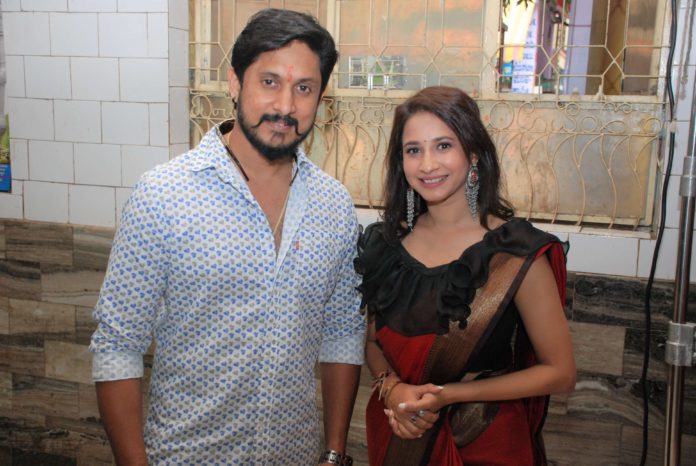 Actor Ajay Rao and Manvitha Kamath starrer Rainbow movie had their muhurat of the movie. For the first time Ajay Rao will be seen as a cop in this movie which is a action thriller on cyber crime.

The title of the film Rainbow has the tagline Colors of Crime, as the movie has taken on the criminal activity going on in the cyber security space.

But in Rainbow Cinema, the story revolves around a crime that no one has ever noticed. When a message is sent, it first reaches the satellite store. It is then forwarded to those concerned. If the receiver is hacked and abused, the customer will face the consequences. Here is a brief summary of how the hero investigates this. The shooting will be held around Bangalore.

Krishna Ajayrao will play the role of recruiting in the department, how to get permission from top officials during the exam period and how to catch criminals. Manwitha Harish is a heroine who works in a private company and stays in PG as an orphan.

The main villain role selection process will be completed soon. Music Director Emil is scorimg the music according to the plot around which each characters are shown in the movie. Screenplay is by Jadesh Kumar-Joy Jars-S Rajavardhan, Photography by Six Sudharashetti, Executive Producer Vaibhavnagaraj. 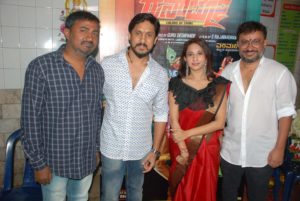 Social media is not bad if it is used in a way. If it is used for other ways, the picture is telling about the tied up. Creative head and producer Gurudesh Pandey has given a space for S Rajavardhan to direct. Producers Ramesh Reddy clapped for the first scene at the grand event on the occasion of Varamahalakshi, while Samrudhi Manjunath turned on the camera and greeted the team. The Rainbow film crew will start shooting from next month.