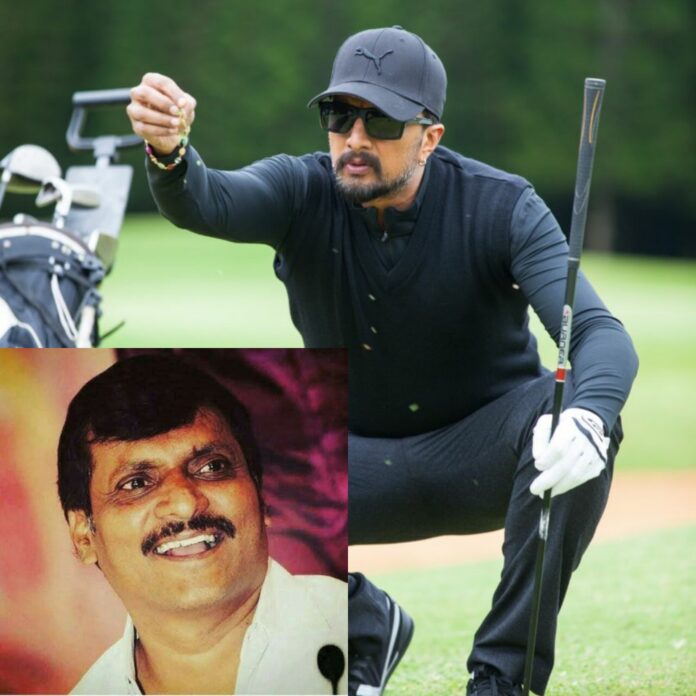 A Court in Bengaluru has found that the name of Kiccha Sudeep is used in a fake document. The case pertains to the film Raju Kannada Medium and the dispute between producer Suresh and distributor Jayanna.

Jayanna had filed the case against Suresh and Zee TV and prevented them from telecasting the film on TV claiming he had the rights. In its judgement last week, the Court found that the documents submitted by Jayanna were wrong.

Sudeep played a guest role in the film. His name appears in the document submitted by Jayanna even before he agreed to act in the film. Jayanna had claimed that according to that agreement Suresh had assigned him the rights of the movie.

“Guest appearance of Actor Sudeep was not known to anyone including defendant No.1 (producer Suresh) till actor Sudeep confirmed his acting after receipt of advance amount on 3.7.2017.”

“However the plaintiff’s (Jayanna) letter dated 10.2.2017 shows that the film having guest appearance of actor Sudeep is agreed to assigned to Plaintiff by 1st Defendant.”

“It was argued that when the First Defendant himself had not received confirmation from the actor it would be impossible for the plaintiff to obtain the agreement that the movie is cast by actor Sudeep,” the Court judgement says.

The court said that Jayanna has failed to prove that the agreement was true. Suresh had disputed the genuineness of the agreement.

Apart from the discrepancy about Sudeep it was also found that the Rs 200 stamp paper was purchased for immovable property transaction. But it contained details about assigning the rights of Raju Kannada Medium movie. No TDS or GST for the money transaction was also found. It was claimed that Jayanna had paid Rs 1.25 crore for the satellite rights of the film but it could not be proved by him in court.

After Suresh winning the court case against Jayanna, Zee TV is telecasting the movie this Sunday. 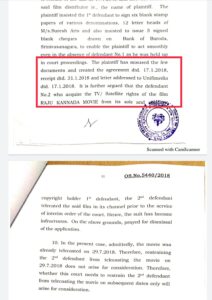 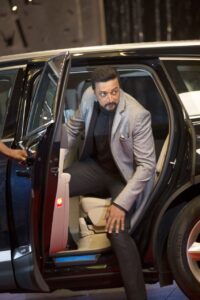 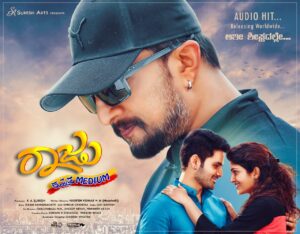 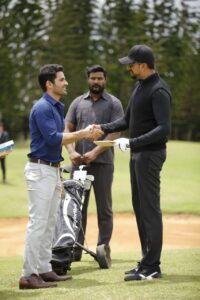